Emmanuel Hudson is a Video Creator. Emmanuel is low key about his romantic life. 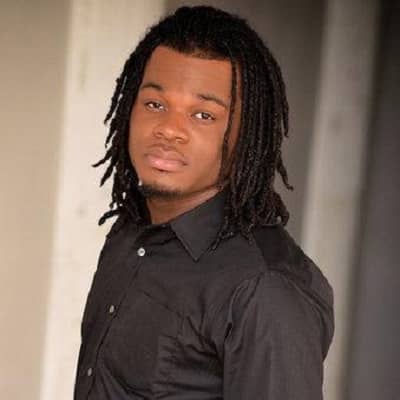 There were rumors that Emmanuel’s sexual orientation is not straight. But no, Emmanuel Hudson is not gay. He himself has denied the rumors of being gay to his fans.

He is possibly single at present. He is not dating anyone. He has not disclosed information about his affair or girlfriend.

Who is Emmanuel Hudson?

Emmanuel Hudson is an American actor and comedian. He is famed after a video titled Asking All Them Questions went viral.

In addition, he is also associated with a reality TV show Wild ‘N Out on MTV.

He was born on 13 Dec 1990 in Clarksdale, Mississippi, USA. The name of his father is Roger Hudson and his mother’s name is Brenda Hudson.

Moreover, his ethnic background is All-American. Emmanuel is the second youngest among his eight brothers and sisters. One of his brothers’ name is Phillip Hudson.

He has not disclosed his academics but he was a jokester in his school time and he attended Fayette County High School.

Emmanuel Hudson in 2009 made his first screen appearance with a reality TV show. The show’s name was Wild ‘n Out and was aired on MTV. It is a sketch comedy and “improv” series and Hudson was seen in its fifth season till the seventh season.

He was also seen in a short appearance in Ride Along (2014), Nashville (2013), and Step Sisters (2018). This comedian is also associated with web series like ‘Dead House,’ ‘Blind Basketball,‘ and ‘#DigitalLivesMatter.’

Along with his brother Phillip, Emmanuel is running a youtube channel that was created on 25 May 2009. In this, they mostly upload comedic music videos that are loved by the viewers.

At present, this channel has more than 1.89 million subscribers. The video “Ratchet Girl Anthem (She Ratcheeet)” is one of the most viewed videos of theirs.

Some of their videos are Emmanuel & Phillip Hudson – Battle of the Bishops, Phillip Benjamin- Get N Get Out, TRAP CHRISTMAS, Teach White To Be black, and more.

This actor has an estimated net worth of $1 million as of the year 2022. As per the reports, the average salary of an actor is $62k.

This Wild ‘N Out’s star has not been involved in any sort of rumors or scandals yet and is doing great in his digital career.

Regarding Emmanuel Hudson’s body features, his height is 5 ft 7 inches and his body weight is 65 kg. Moreover, the color of his eyes is dark brown and his hair is also black.

Emmanuel is unavailable on TikTok but his Instagram account is popular and has more than 2.8m followers.