Emmanuelle Charpentier is a French professor and researcher in microbiology, genetics, and biochemistry

Emmanuelle Charpentier is currently single. She has not revealed information about her husband or partner.

Looking at her dedication, contribution in the field of research on genetics it can be said that she had no time for any affairs and getting married was not her choice. 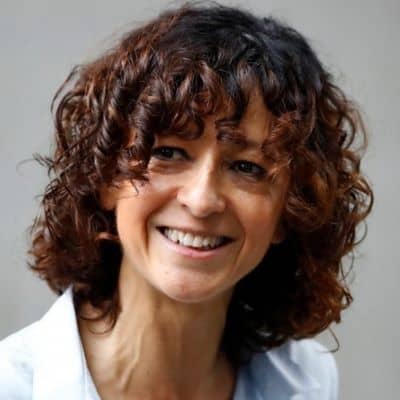 Who is Emmanuelle Charpentier?

Emmanuelle Charpentier is a French professor and researcher in microbiology, genetics, and biochemistry.

Emmanuelle Charpentier is the co-founder and scientific advisory board member of CRISPR Therapeutics. The other co-founders are Rodger Novak and Shaun Foy.

Alongside, she is the director at the Max Planck Institute for Infection Biology in Berlin, Germany. Also, she is an Honorary Professor at Humboldt University, Berlin, Germany.

She was born on 11 December 1968 in Juvisy-Sur-Orge, France. Her birth sign is Sagittarius. Her birth name Emmanuelle Marie Charpentier. She is 53 years old now.

The detailed information about his parents, and siblings of Charpentier is not available and will be updated later on.

Charpentier studied biochemistry at Perie and Marie Curie University (BSc MSc, DPhil). The University is now called ‘Sorbonne University.’In addition to that, she conducted her three years of Ph.D. training at Pasteur Institute between 1992 and 1995.

Later, she did post-doctoral training in several academic institutions in New York and Memphis, USA.

She has an average height, weight, and fair body complexion. Her curly brown hair is noticeable. She has brown eyes and a slim white face. Her exact body measurements are not available at the moment.

Charpentier worked as a university teaching assistant at Pierre and Marie Curie University from 1993 to 1995 and as a postdoctoral fellow at the Institut Pasteur from 1995 to 1996.

After, moving to the USA she worked as a postdoctoral fellow at Rockefeller University in New York for a year. During this time, Charpentier researched a pathogen called Streptococcus pneumonia in the lab of microbiologist Elaine Tuomanen.

She learned how mobile genetic elements alter their genome. Charpentier has a significant contribution in demonstrating how the pathogen develops vancomycin resistance 2020. They worked on the development of a method for genome editing (through CRISPR).

Charpentier also worked as an assistant research scientist at the New York University Medical Center for 2 years. Later, she joined a research associate at St. Jude’s Children’s Research Hospital in Memphis. Subsequently, she shifted to the Skirball Institute of Biomolecular Medicine in New York.

According to a few sources, the estimated net worth of Charpentier is $100,000 to $1 million as of 2022. Charpentier earns from research via her company CRISPR Therapeutics which has a valuation of around $2.5 billion. Also, her annual pay and earnings are not available.

From the very beginning, she maintained her focus on research activities. Also, she manages to keep herself away from unnecessary rumors.