Emmit is now single after his divorce from his formal wife.

The player was married to a supermodel and Miss Virginia USA, Patricia Southall on April 22, 2000. The couple also has three children: James Smith Emmitt IV, and a daughter, Skylar. They together used to live in Texas.

The due get separated after living together for around 20 yrs. They divorce in Aug 2020. 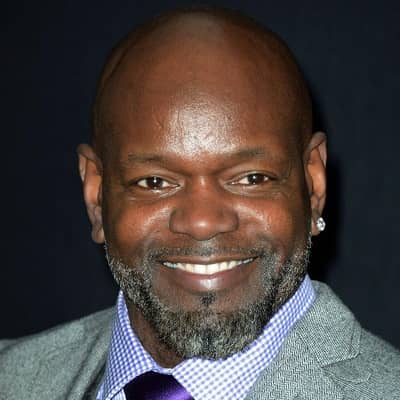 My mom said, 'Don't get married. You're too young. Go out there and experience what life has to offer.' And I did.

I don't have to get up in the morning and go beat up my body like I used to. I don't have to be out there in August in 108 degree weather down in Texas.

Always, through my whole life, I've had a thirst for knowledge.

Who is Emmitt Smith?

Emmitt Smith is one of the popular American former professional football players, a real estate developer, and a TV personality.

The player was born on May 15, 1969, in Pensacola, Florida, USA. He is the son of Emmitt James II and Mary Smith. He grew up with his sister, Emory.

Smith has always dreamt of playing with the Dallas Cowboys from his young age. However, he faced various difficulties in fulfilling his dreams. His family faced a lot of financial difficulties and Smith get involved in various jobs to support his family.

Smith is of African-American ethnic groups.

He used to play football in his school and universities too. While he was at the university, he set a record for rushing 100 yards in his first game while playing football.

Smith dropped out from the university to play for the Dallas Cowboys in 1990. But later he returned back and he graduated with a degree in public recreation in 1996.

In 1992, he achieved his first Super Bowl victory with the Dallas Cowboys. His team lead victory at the Super Bowl. The year was most fruitful for him. His team won most of the games. He was able to record 1773 rushing yards and 62 receptions.

2002 was certainly prolific and dependable for him. Smith finished his NFL career with an amazing 18,355 yards rushing, 164 touchdowns, and 4409 carries. He also joined the Arizona Cardinals.

Likely in 2005, Smith announced his retirement from NBL. In 2010, he was seen at the Super Bowl XLIV. Smith defeated David Williams in the National Heads-Up Poker Championship in 2011. But he lost to Andrew Robl in the second round.

Retiring from football, he established his career as a real estate developer in 2005. Collaborating with Roger Staubach, a football player they created Smith/Cypress Partners LP. Furthermore, he developed ESmith Legacy which extends commercial real estate and real estate investments.

Retiring from football, Smith has also worked on several projects in television. He signed with NFL “NFL Total Access” as a studio analyst in 2005 and likely, in another sport’s show, ESPN as a studio expert on ESPN in 2007. However, he was replaced in the next season.

Furthermore, he appeared in the third season of Dancing with the Stars. He worked as a judge for the Miss Universe contest in 2006. Moreover, Smith appeared in various other shows including How I Met Your Mother.

Smith’s net worth is estimated to be around $20 million as of 2022. he has good earnings in his career.

He was also once said as NFL’s highest-paid player with a $63 million deal. Smith owns a mansion of worthing $2.5 million at 15001 Winnwood Road.

The player has always been out of all rumors and controversies in his career.

Smith has an athletic built body standing with a height of 5 feet and 9 inches (1.75m). Likely his body mass is around 98 kg(216lbs). Smith has dark brown colored hair and eyes.

You may also read the bio of Ben Foster, Brad Green, Devin Lucien, and Jerry Jeudy.