Emmy Perry is a child actress and animal advocate. Perry is popular as the Siren of Scales: Mermaids Are Real and Young Becky as Kismet. she is possibly single.

Emmy Perry’s current relationship status is possibly single. To date, she has not introduced anybody to her lover or boyfriend.

Most recently, she was linked to her boyfriend Jack Dylan Grazer. 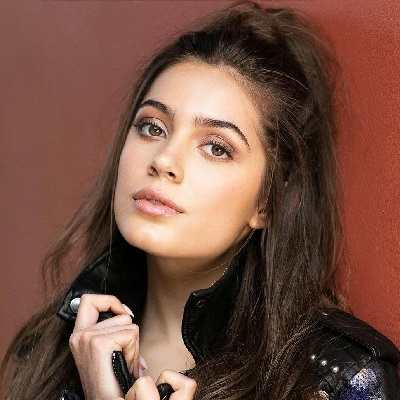 Who is Emmy Perry?

Emmy Perry is a child actress and animal advocate. Perry is popular as the Siren of Scales: Mermaids Are Real and Young Becky as Kismet.

Also, she is the founder of the animal rescue charity, Emmy’s Hope.

Emmy Perry was born on 10th September 2004 in Newport Beach, California. She is of Welsh ethnicity with Northern Irish ancestry roots.

She is the daughter of David Perry and his wife, Elaine Perry. His father, David is is Nothern Irish Video game developer famous for programming platform games like Disney’s Aladdin, Cool Spot, and Earthworm Jim. She happens to be the only daughter of her parents.

As of now, Emmy Perry has not shared any details on his academics. Possibly, she is attending her senior year in High School.

At the age of 7, she started her acting career in the theater. The year, she shared the stage with the actress, Kristin Dawn Chenoweth in the Greek Theater.

Following that, she shared the screen with actresses like Morgan Fairchild and Jason London in the movie, Wiener Dog Internationals. In the movie, she has featured the movie as Kitty.

The year, she appeared in the movie, Scales: Mermaids Are Real as a mermaid, Siren. Following that, she was featured in the TV series, Kismet as Young Becky.

Since her childhood, she has developed a soft corner for animals in her heart. Hence, she has been associated with works that concern animal rescue.

Emmy Perry founded the animal rescue charity, Emmy’s Hope. In Honor of her and her charity, the brand, Kleenex sponsored the charity weekend for free adoptions.

On behalf of homeless animals and animal welfare, she spoke among the Orange County Board of Directors and Board of Supervisors.

Also, she was associated with the animal center, Helen Woodward Animal Center’s campaign, Remember me Thursday. Due to her animal welfare activities, she became the ambassador of Generation on. Also, she became a semi-finalist for Hasbro Community Action.

Besides that, she was also approached to be a member of The Projects For Girls.

She has brown eyes with brunette hair. She stands at a height of 5 feet and 3 inches and weighs around 50 kg.

As of now, Emmy Perry has not been involved in any sort of controversy and scandals that created a buzz in the media. Also, she has managed to maintain distance from any kind of rumors.