Who is Emmy Raver-Lampman dating?

Emmy Raver-Lampman is dating Daveed Diggs in 2022. He is also an actor, who Raver-Lampman firstly met during the shoot of Hamilton in 2015.

The couples can be found together in different programs and shows. However, the couple seems to be trying to keep their relationship quite confidential.

No information about her previous relationship are revealed to the media yet. 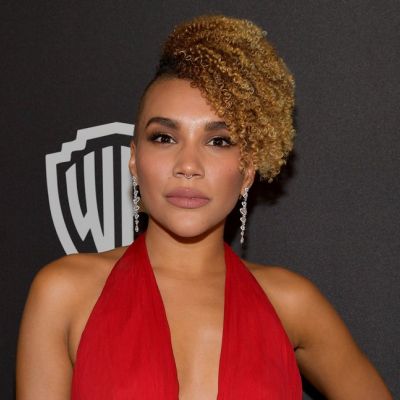 Who is Emmy Raver-Lampman?

Emmy Raver-Lampman is a famous American singer and actress. She has performed in musical theaters, Broadway, and national touring productions like Jekyll and Hyde, Hamilton, Wicked, and Hair.

She appeared as Allison Hargreeves in the Netflix tv series The Umbrella Academy in 2019.

Emmy Raver-Lampan was born in Norfolk, Virginia, the United States on September 5, 1988. She is 33 years old as of 2022 and holds American nationality. As per the astrologer, Virgo is her birth zodiac sign. She follows Christianity whereas her ethnicity is Caucasian. Emily Christine Raver Lampman is her full birth name.

She was brought up as a single child by her non-biological parents Sharon and Greg, who adopted her after her birth. Her mother is a professor at Old Dominion University whereas her father is a teacher and a writer. She got to travel to more than 50 countries and has lived in the Czech Republic, India, and Ukraine because of her mother’s work.

She went to Governor’s School for the Arts and Mary High in Norfolk. Later, she went to the Marymount Manhattan College located in New York City. She earned her Bachelor’s degree in Arts from Theater in 2012.

Emmy Raver-Lampman started to work in a musical theater in May 2010. She worked in the production of Children of Eden which is created by the Astoria Performing Arts Center. After auditioning for the musical role, in 2010 she became a member of the national tour of Hair and received her Equity Card.

Even though she debuted on Broadway in 2011 Summer she exited in September after the production was shut down. Similarly, she played as a swing in the Show A Night with Janis Joplin in 2013. But, Later, the show was stopped in 2014, February.

After the end of their year deal with Wicked, she went back to New York in 2015, March and gave an audition for the role of Hamilton.  She replaced the three main female roles ElizaPeggy/Maria Reynolds, and Angelica. It started in August 2015. She joined the MCC Theatre workshop in December 2015.

Steve Blackman is the creator of the show while Jeremy Slater is the developer. The first season of the series was released on February 15, 2019, on Netflix. The show was able to amass more than 45 million views until April 2019 according to Netflix.

With the huge success of the first season, the second season of the series was released on July 31, 2020. After the popularity of both seasons of the show with good ratings and reviews, the series was renewed for a third season which is scheduled to be released in 2022. But the precise date is not fixed yet.

Similarly, she made an appearance on tv series such as Jane the Virgin and A Million Little Things. In 2019, She worked on the album Seven Nights in Chicago produced by Daveed Diggs and Rafael Casal. After Kristen Bell left her role, Emmy Raver-Lampman will give her voice as Molly Tillerman in the Apple TV  and Central Park show’s second season.

Emmy Raver-Lampman is a successful singer and actress. So, it is apparent that she has been able to amass much wealth over the years. Her net worth is calculated to be about 13 Million USD.

No, data about her salary and income are opened up to the media yet.

Emmy Raver-Lampman seems to be very secretive about her personal life. So, she stays quite away from the rumors and controversies up to date.

Emmy Raver-Lampman has a slim body standing at the height of 5 feet 6 inches weighing about 60 Kg. The body figure measurement of a singer is 34 inches bust size, 25 inches waist size, and 36 inches hip size. 7 (US) is her shoe size.

Along with Dark brown hair, she has pair of brown-colored eyes.