Emory Cohen has kept most of the information about his personal life a secret. There are no records available about his past relationships. At present, he is believed to be single. 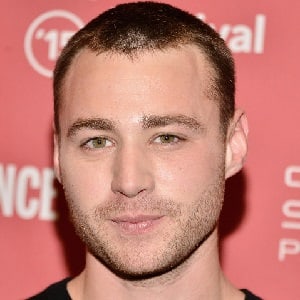 [Interview with William Van Meter, May 2013] If I wanted to play it safe, I'd get a normal job with a secure paycheck.

Who is Emory Cohen?

Emory Cohen is an American actor. People mostly know him for his role as AJ Cross in Derek Cianfrance’s film ‘The Place Beyond the Pines.’

Additionally, Emory Cohen has also appeared in several other movies and television series like ‘Brooklyn’, ‘The OA’, and ‘Afterschool’ among others.

Cohen was born as Emory Isaac Cohen in Manhattan, New York City, New York on March 13, 1990. He was born to parents Donna and Noel Cohen. Cohen developed a keen interest in acting like a child.

He is of American nationality. Furthermore, he belongs to the Ashkenazi Jewish ethnic background.

Talking about his education, Cohen attended Elisabeth Irwin High School. Additionally, he later attended The University of the Arts in Philadelphia.

Emory Cohen initially began his career with his stage debut as Mr. Peachum in the high school production of ‘The Threepenny Opera.’ Additionally, he made his feature film debut in ‘Afterschool.’ He also appeared as Matthew in 2009’s movie ‘The Hungry Ghosts.’ Since then, he has appeared in several other movies and television series. At present, he has more than 20 credits as an actor.

Some other movie and television series that Cohen has appeared in are ‘Lords of Chaos’, ‘Shot Caller’, ‘War Machine’, ‘Hot Summer Nights’, ‘The OA’, ‘The Duel’, ‘Vincent N Roxxy’, ‘Detour’, ‘Stealing Cars’, ‘Brooklyn’, ‘The Gambler’, ‘Beneath the Harvest Sky’, ‘Smash’, ‘All Is Bright’, and ‘The Place Beyond the Pines’ among others.

Cohen has not revealed his current salary. In addition, he has an estimated net worth of $1.2 million as of 2022.

There were several rumors which suggested that Cohen might be dating actress Saoirse Ronan. However, this later turned out to be false. Cohen has not been part of any notable controversies in his career.

Talking about his body measurement, Emory Cohen has a height of 5 feet 7½ inches (1.71 m). Additionally, he weighs around 65 kg. Furthermore, his hair color is dark brown and his eye color is green.

In addition, he has over 4k followers on Instagram. Similarly, his Facebook page has more than 2k followers.

The murderer of TV producer and director, Barry Crane arrested 34 years after his death in July 1985!