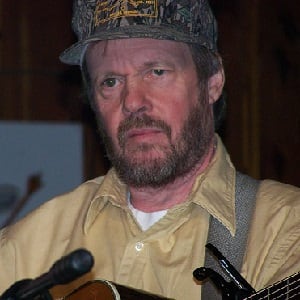 What is the relationship of Emory Gordy Jr.?

Emory Gordy Jr. is a married man. He is married to singer Patty Loveless. The pair married on 6 February 1989.

Emory’s marriage is going strong as there is no news regarding any extramarital affairs at present.

Who is Emory Gordy Jr.?

Emory Gordy Jr. is an American musician and music producer. Additionally, he is married to American country music singer Patty Loveless. Previously, Emory worked as a producer at MCA Records in Nashville.

Emory was born in Atlanta, Georgia on December 25, 1944. He developed a keen interest in the world of music since his childhood years and began playing the keyboard at an early age.

He is of American British nationality. Furthermore, there are no details available about his ethnicity at present.

Additionally, he arranged Roy Orbison’s ‘Walk On’ single. After moving to Los Angeles in early 1970, he continued working as a studio musician working at MCA.

He also toured as a bass player with Neil Diamond in 1971. He also played on Phil Seymour’s self-titled debut solo album. Furthermore, he joined John Denver’s band by 1979 and alternated touring the U.S., Australia, and Europe.

Previously, he also played bass on projects by famous artists including Billy Joel, The Bellamy Brothers, and Tom Petty.

Emory has worked alongside Tony Brown, George Jones, and Bill Monroe. In 1984, he co-produced albums with Vince Gill. He is currently in semi-retirement.

Additionally, he is also an avid ham radio operator. To date, he has worked for music groups like The Notorious Cherry Bombs, TCB Band, and The John Denver Band.

Emory won the Grammy Award for Best Bluegrass Album in 2011. Additionally, he won the Academy of Country Music Award for Bass Player of the Year in 1988 and 1987.

Emory has not revealed his current salary. Furthermore, there are no details available about his net worth at present.

Talking about his body measurement, there are no details available about Emory Gordy Jr.’s height and weight. His hair color and eye color is dark brown.

Emory is not active over social media. He does not have his official Twitter and Instagram accounts. Additionally, he is not active on Facebook as well.