Enchong is a Filipino actor, model, and swimmer, his birth name is Ernest Lorenzo Velasquez Dee. He is possibly single. 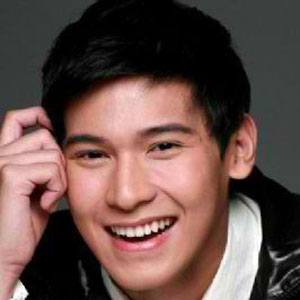 Who is Enchong Dee?

Enchong is a Filipino actor, model, and swimmer, his birth name is Ernest Lorenzo Velasquez Dee. Whereas, he is a contract artist of ABS-CBN’s Star Magic. Similarly, he came to prominence after starring in his first major TV drama Katorse (2009). He also played the role of “Luis” in the Filipino remake of Maria la del Barrio (2011). Likewise, she also starred in Ina, Kapatid, Anak (2012–13), and Muling Buksan Ang Puso. Besides that, he is the younger brother of actor and model, AJ Dee.

Enchong was born in Naga, Camarines Sur, the Philippines on November 5, 1988, to parents Johnson Dee and Theresa Dee. He has three siblings namely, AJ Dee, Isiah Dee, and Angelika Dee. He belongs to the Philippine ethnicity and English nationality. His birth sign is Scorpio. Talking about his education, he attended De La Salle University.

Talking about his profession, his first TV appearance in television came in 2006 when he appeared on the Philippine talk show Homeboy as one of the guests. Whereas, he caught the eye of a modeling agency and advertisers and soon appeared in several advertising campaigns including Close Up, Bench, KFC, and Timex. During 2007, his contracts with KFC expired and he transferred to Jollibee as a new endorser. Whereas, he also landed several acting roles beginning in 2007 which have included Abt Ur Luv, Sineserye, Komiks, Your Song, and My Girl.

In 2009, he was also added to the main cast of Katorse, an adaptation of the 1968 film (that was also remade in 1981). In 2010, he then reunited with some of his co-stars, Erich Gonzales, and Ejay Falcon, in Tanging Yaman. Then, he became part of Magkaribal. Likewise, he also starred in the film, Sa ‘Yo Lamang. Moreover, he also gained his first movie lead role, alongside his premiere leading lady, Erich Gonzales, in I Do. In 2011, he also starred in the Philippines’ remake of Maria La Del Barrio as Luis de la Vega.

Recently, he also appeared in the 2012 film, The Reunion, with Enrique Gil, Xian Lim, and Kean Cipriano. After co-starring in 2012-2013 teleserye Ina, Kapaitd, Anak alongside Kim Chiu and Maja Salvador, he also appeared in Muling Buksan Ang Puso with Julia Montes and Enrique Gil. Therefore, he won the one-million pesos briefcase in the August 18, 2012 episode of “Kapamilya Deal Or No Deal” together with his “The Reunion” co-star Kean Cipriano. In 2014, he also releases his first carrier single, Chinito Problems, as a response to Yeng Constantino’s 2013 hit Chinito. As of 2022, he has an estimated net worth of $1.5 million.

Talking about his lifetime achievements and awards, he won the German Moreno Youth Achievement Award.

There was a rumor that he was in a romantic relationship with Erich Gonzales, but they broke up. Currently, there is no information about his rumors and controversies.

In talking about his body measurements, Enchong has a height of 5 feet 8 inches. Additionally, his weight is unknown. Enchong’s hair color is black and his eye color is black.