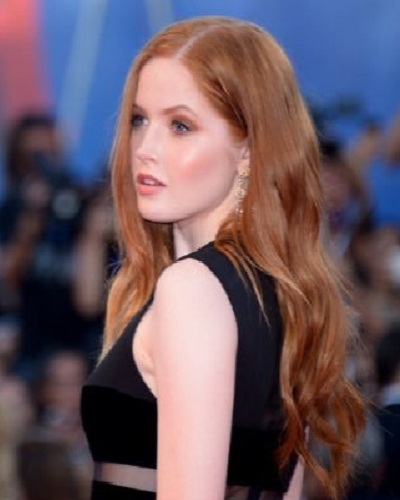 There is some bad news from bodyguard actor Richard Madden‘s side. His girlfriend actress Ellie Bamber has dumped him. Is he devastated? Read on for the answers

This Sunday, The Sun has reported that Bodyguard star Richard Madden and his girlfriend Ellie Bamber drifted apart in their relationship and she has now dumped him.
The couple used to have a lot of arguments between them on petty matters and had decided to give their relationship a pause. But now Ellie, 21 has given him the boot.
An insider revealed:

“They’re both absolutely gutted but it was a decision made for the best.
“They were arguing almost daily towards the end and, despite considering couples’ therapy, it became evident there were far too many issues that could not be fixed.”

“Richard is the toast of Hollywood at the moment, and understandably wants to let his hair down.
“Ellie is a bit quieter, and wants to focus purely on her work. It felt like their day-to-day lives were increasingly becoming worlds apart.
“They were pretty inseparable from the day they met — and their friends and family had all merged — so obviously everyone around them is gutted too.
“But both Ellie and Richard hope to remain friends.”

Richard, 32 and Ellie had started living their separate independent lives again, it is learned.
The couple has decided to give their best in retaining a good friendship between them after the split.

The relationship between Richard Madden and Ellie Bamber

The couple met and were introduced to each other through mutual friends. Liking each other, they started dating. This was 18 months back in summer 2017 but there were some sourness and disagreement in their relationship towards the end which led to arguments and the split.
Last year, Richard had expressed his happiness with the relationship. He had told The Sun about his budding relationship but this happiness was not to last.

A suspicion of a likely split appeared when Richard Madden bagged an award at the great ceremony of the Golden Globe Award Function last weekend in Los Angeles and Ellie was nowhere to be seen there. She was not on the red carpet with him and there was no mention of her name in the acceptance speech that Richard gave on the occasion.

Richard Madden and his previous girlfriends

As regards Ellie Bamber, it looks like that Richard Madden was her first celebrity love. There are no details of her previous relationships if she had any.

Click to know more about Amazon founder Jeff Bezos and his wife are set to divorce! Who is his new love?

Blake Lively pokes fun at self about her weird outfit and talks about her happy marriage with Ryan Reynolds!
Tags : Actress