Skip to content
Married Biography
Married Biography / Entertainment / English Actress Florence Pugh Slammed Back To Those Who Pointed Out The Age Difference Between Her And Her 44-Year-Old Boyfriend Zach Braff!

Updated On November 8, 2021 | In controversy , Dating , Relationship
Share this 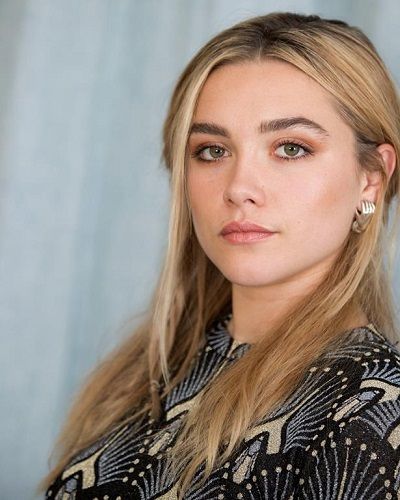 The English actress Florence Pugh is currently dating 44-year-old Zach Braff. The 23-year-old actress and her boyfriend have quite noticeable age differences. Recently, someone pointed out the differences between the couple. However, the actress could not take it and clap back with the answer.

Florence Pugh slammed back with an answer to Instagram user

But, the 23-years-old actress did not stay without slamming back the user. On Friday, she shared a picture of herself standing outside the Greenblatt’s Delicatessen Restaurant & Fine Wine Shop in Los Angeles. She captioned the adorable picture of herself saying:

You may also read- Are Bill Hader and Rachel Bilson Dating? The Rumour Sparked After Their Coffee Date!!

In the picture, one of the Instagram users commented ‘you’re 44 years old’ which made the actress herself reply to this user. However, many of her followers slammed the user and the had the actress back. After some of the supportive comments of her fans, she herself replied to the user saying ‘And yet he got it’.

Are Florence And Zach dating?

Both Florence and Zach have commented about their relationship neither they have made it official on the Internet. The news of them dating started buzzing off on the Internet when they were seen together for the first time in Apri. She also worked with him in a short movie, developed by Zach himself, ‘In the Time It Takes to Get There’.

They released the short day the same month, they walked out in the public together. After their outing, people started speculating that the pair are dating. The duo has neither denied nor publicly announced their relationship.

However, her Instagram comment seems like the first confirmation of them dating. Moreover, they both appeared in the New York premiere of  Little Women in which Pugh is starring. However, they did not come to the event together and walked the carpet separately. Back in early November, they again went for Marriage Story premiere in New York individually. They still have not made their red carpet appearance together.

You may also read- Is Younes Bendjima back in the life of Kourtney Kardashian? Are they re-dating?

Both of them have a busy schedule

As both of them are Hollywood’s famous personalities, they have a busy schedule in their respective work. The English actress’s three movies Fighting With My Family, Midsommar, and Little Women released on Christmas day.

In the year 2020, her fans will be able to see her on the big screen as she will appear in Marvel Studios movie Black Widow. The actress will play the role of Yelena Belova, the sister of Scarlet Johansson’s Natasha Romanoff who is a black widow.

On the other hand, talking about the Hollywood actor appeared on the ABC series Alex Inc. In this coming year 2020, his two movies will be at the theatre. He has also starred in The Comeback Trail alongside Robert De Niro, Morgan Freeman, Emile Hirsch, and Tommy Lee Jones. However, they have not yet disclosed the release date of the movie.