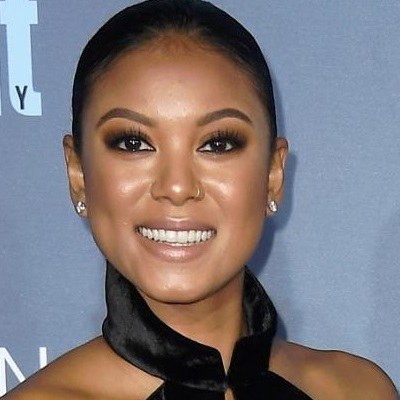 Eniko Hart is a married woman. Her husband is an actor, Kevin Hart.

She got married to her long-term boyfriend Kevin on 13th of August 2016. They exchanged their wedding vows among the 200 close family members and friends in California. On her big day, she wore two Vera Wang wedding dresses while Kelvin rocked in the traditional black tuxedo.

Prior to that, she got engaged to him two years earlier on the 18th of August 2014. Talking about their dating history that first met in 2009 and dated for 5 years.

Together, they welcomed their first son, Kenzo Kash Hart on the 21st of November 2017. Later, on the 24th of March 2020, they announced that they are excepting their second child.

Later, on the 10th of May, the couple revealed the gender of their second child i.e. a baby girl.

Who is Eniko Hart?

American Eniko Hart is a model, actress, and Instagram Fashion star. She is renowned as the wife of the actor and producer, Kevin Hart.

Know About Birth, Age, Parents, and Ethnicity of Eniko Hart

Eniko Hart was born as Eniko Parrish on the 18th of August 1984 in Baltimore, Maryland. She is of Mixed Afro-Caribbean ethnicity.

Till the date, she has not shared any details about her mother, father, siblings, and educational background.

Talking about her career, Eniko Hart is active as a model. As a model, she has walked in the modeling event, Rip the Runway, Fashion, and music event created by BET 2013.

As an actress, she made her appearance in the TV series like Entertainment Tonight and E! Live from the Red Carpet.

She is much more popular on social media sites like Instagram. She has earned the popularity in those sites through her Instagram posts that are related to fitness, Traveling, Beauty, lifestyle, and family.

Through her career, she has managed to make a net worth of $50 million. She earns through her Instagram post that is in the range of five digits number.

Also, her net worth is attributed to community property and earnings for her husband, Kelvin. He has an estimated net worth of $200 million. He made the net worth with his acting career and movie production.

His last movie, Jumanji: The Next Level had the box office collection of 796.6 million.

Till the date, she has stayed far from any kind of controversy that created a buzz in the media. Similarly, there are no rumors related to her.

However, the statement is not true for her husband, Kelvin as he was caught up in a scandal when he cheated on his wife. Back in 2017, Kevin cheated Eniko with another wife when she was seven or eight months pregnant with their child.

She first got the news through an edited video where Kelvin was with another woman.

Eniko Hart has black eyes with black hair. Her height is 5 feet 6 inches and weighs around 58 kg.

Talking about the appearance, she has is a photogenic personality with an oval-shaped facial structure. Also, she prefers to experiment with her hairstyle to differ her looks. Till the date, she has tried the silky hair too short and wavy hairstyle.

On the account, she is following the personalities of Dean Schneider, Swizz Beatz, and Joel Osteen.