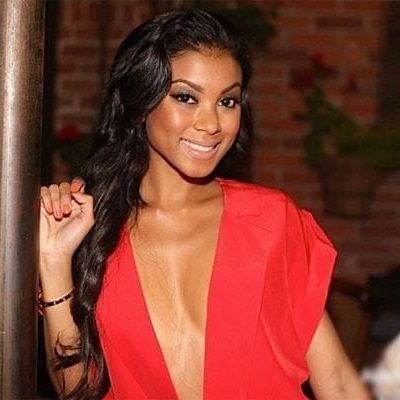 What is the relationship of Eniko Parrish?

Eniko Parrish is married to Kevin Hart. Hart is a renowned comedian and actor. They married on the 13th of August 2016.

The love bird first met at a Hollywood event. The very first meeting in the event left a print on their heart. Soon they started dating each other after Kevin’s divorce.

After a very long relationship, Kevin proposed to Eniko on her birthday in front of friends and family. Despite many ups and downs in their relationship, they are always on each other’s side.

Together, they welcomed their first child, Kenzo Kash Hart.

Who is Eniko Parrish?

Eniko Parrish is a Model and TV actress. Parrish is renowned as the wife of the stand-up comedian, Kevin Hart.

Eniko Parrish was born on the 18th of August 1984 in Baltimore, Maryland, USA. She is of mixed Afro-Caribbean ancestry.

Regarding her academics, it is not revealed.

She started her career as a model before meeting his love of life. She walks on the runway Rip the Runway is one of her modeling works. Apart from that, she also shoots online.

The model also made her appearances in the TV series, Entertainment Tonight and E! Live from the Red Carpet.

Her earnings as a model are in the $21k – $208k. Apart from that, she also earns as an Instagram influencer which is in the range of 5 digits figure.

Her husband, Kevin Hart has an estimated net worth of $150 million. His earnings as a comedian are in the range of $15k to $605k.

In 2017, she was cheated on by her husband, Hart. She received his MMS via direct message. At the time, she was eight months pregnant with Hart’s child.

She revealed that she felt publicly humiliated after the message. During whole incidents, she used to be worried about their baby a lot. In the matter, Hart admitted that he has cheated Parrish and called it a bad error in judgment.

She is active on Instagram with the handle, enikohart, and has 3.4 million followers.

You may also read about Alex Lange, Lizze Broadway, and Tahj Mowry.