Then in 2020, this couple again welcomed their daughter named Mary Iglesias.

Some other celebs that Iglesias has dated are Sofía Vergara, Celines Toribio, Samantha Torres, and Christina Aguilera. 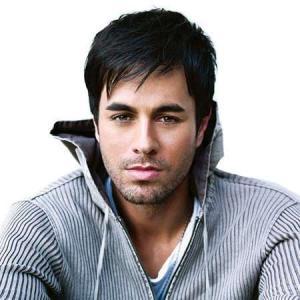 If you're buying an album because of the face on it, you're stupid.

I don't consider myself a sex symbol.

I know it sounds corny, but when you follow your dreams, it happens. And if it's music, take it seriously.

I don't care what people say. My music's, my music.

The power of music in Spanish is so strong that I couldn't stay away from it any longer.

Touring is my favorite thing to do! I love the adrenaline I feel when I'm on stage and the energy I get from my fans.

Who is Enrique Iglesias?

Enrique Miguel Iglesias Preysler commonly known as Enrique Iglesias is a Spanish singer, songwriter, actor, and record producer. He is regarded as the King of Latin Pop.

Furthermore, he has sold over 159 million records worldwide, making him one of the best-selling Spanish artists ever.

Iglesias was born in Madrid, Spain on May 8, 1975, as the third and youngest child of Spanish singer Julio Iglesias and Filipina-Spanish socialite and magazine journalist Isabel Preysler. As of 2022, he is 47 years old.

He did not have a stable childhood as he first stayed with his mother but later Enrique and his brother Julio lived with their father in Miami.

There, they were brought up mostly by the nanny, Elvira Olivares. He became interested in singing in his childhood years.

He is of Spanish nationality. Furthermore, he belongs to a mixed ethnic background of Spanish (including Galician Spanish), 1/8th Puerto Rican [Spanish], some Filipino [Kapampangan], and possibly distant Austrian.

Talking about his education, Iglesias attended the prestigious Gulliver Preparatory School. Later, he went on to study business at the University of Miami. However, he dropped out of college to focus his career on music.

Enrique Iglesias initially borrowed money from his family nanny and he recorded a demo cassette tape which consisted of a Spanish song and two English songs.

Next, he was signed on to Fonovisa Records and he traveled to Toronto to record his first album. On 12 July 1995, Iglesias released ‘Enrique Iglesias, a collection of light rock ballads.

Apart from his musical career, Iglesias is also a recognized actor. He has appeared in movies and television series including ‘How I Met Your Mother’, ‘Once Upon a Time in Mexico’, and ‘Two and a Half Men’ among others.

All in all, he has more than 90 credits for the soundtrack, more than 20 credits as an actor, and 1 credit as a director.

Furthermore, he has garnered nominations over 465 times for various awards.

He released the romantic balled  “Espacio en Tu Corazón” on March 28, 2022, which served as the theme song for the telenovela Corazon Guerrero and will be featuring in the upcoming Final Vol.2.

Iglesias has not revealed his current salary.

However, he has an estimated net worth of around $100 million at present.

Iglesias received criticism after he made comments regarding Justin Bieber’s actions commenting on Justin’s behavior as a “common mistake that teenagers make”.

His music videos have also attracted numerous controversies along with his way. Additionally, he has also been criticized for his lip-syncing performance in live shows.

At present, there are no rumors concerning Iglesias and his career.

Talking about his body measurement, Enrique Iglesias has a height of 6 feet 2 inches or 187 cm.

Additionally, he weighs around 84 kg or 185 pounds. Furthermore, his hair color and eye color are dark brown.