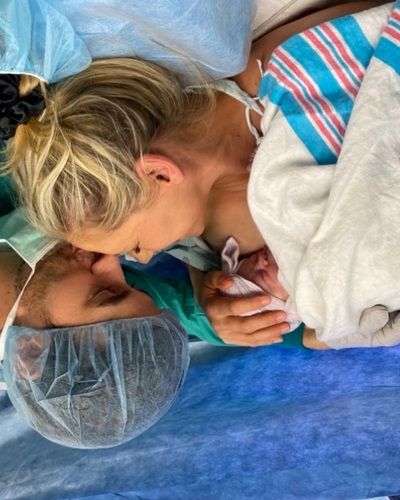 It is a joyful time for the Spanish singer Enrique Iglesias and his wife Anna Kournikova. Read more to find good news.

The Spanish singer Enrique Iglesias welcomed his third child in the world. They announced the good news on their social media. They revealed their daughter was born on 30th January 2020.

Enrique shared a sweet picture of him holding the newborn, writing

Similarly, his wife Anna shared an adorable snap just minutes later, showing her smiling while cradling her little daughter’s head. In the picture, she was in a green hospital gown, hair net and mask as he peers lovingly at his new bundle of joy – who adorably dons a striped hat on her head with a bow.

Enrique’s brother on being an uncle again

The brother of Spanish singer Julio Iglesias Jr. initially confirmed that Russian beauty Anna had given birth in an interview with Chilean radio station ADN. As he was asked about being an uncle again. He said,

Similarly, an interviewer asked him for clarification that he was not referring to the star couple’s two other children by asking,

“Has the baby already been born?”

He said that the baby was already born. To keep the life of the couple private and not to ruin their happiness he did not reveal the gender of the newborn baby. Likewise, he added,

Did they keep the pregnancy secret?

The couple had kept their previous pregnancy a secret. It was not until the twins were born that they reveal the news. Previously, they were spotted on a boat in Miami. In the picture, Anna had a large baby bump.

Similarly, Enrique admitted that he hopes to become a cool dad. He had developed a new sense of responsibility after welcoming his twins into the world.

‘It’s one of the best feelings in the world. [I’m more responsible]. I drive slower. I think about stupid things a few more times before doing them. I hope to be a cool, easy-going dad.

His twin children Nicholas and Lucy were born on 16th December 2017.

Also read Fox News Anchor Anna Kooiman is finally getting her Happily Ever After with her Prince Charming!! Yes! She is Married to her long term Boyfriend Tim Stuckey!!!

Enrique Miguel Iglesias Preysler commonly known as Enrique Iglesias is a Spanish singer, songwriter, actor and record producer. He is regarded as the King of Latin Pop. Furthermore, he has sold over 159 million records worldwide, making him one of the best-selling Spanish artists ever. See more bio…

Anna Kournikova is a Russian former professional tennis player and is famous for tennis stars worldwide due to her appearance and celebrity status. Similarly, she played in her last Grand Slam tournament in 2009. She is famous for being the wife of Enrique Iglesias. See more bio… 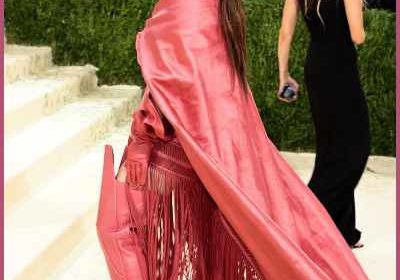