Enuka Okuma is married to the musician Joe Gasparik. They had their marriage in Toronto where they first met while working on a television show together, on the day of July 2, 2011.

Gasparik got on his one knee on a beach in Vancouver after three years of relationship. However, they don’t have any children as of now. 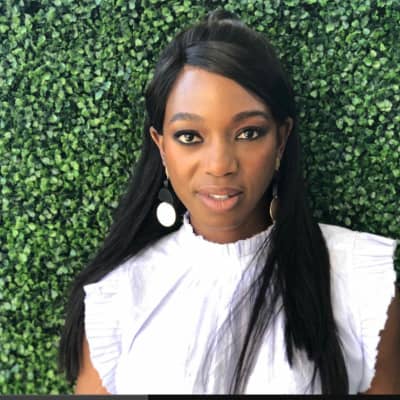 She is famous for playing the role of Traci Nash, the detective, in the drama series Rookie Blue (2010-2015) and for the role of Deputy Anne Hulce in the TV series Impulse (2018).

Enuka Okuma, actual name Enuka Vanessa Okuma, was born on September 20, 1976. She was born and raised in Vancouver, British Columbia, Canada so, she holds Canadian nationality. As of 2021, she will be 45 years old and she falls under the horoscope of Virgo. Further, she belongs to Nigerian ethnicity from the Igbo people.

As for her parents, the information and names of her parents are not given at the moment. However, she shares pictures with her parents on social media, so they have a good relationship. It is also known that she has a younger sister who is a graphic designer, however, the name is unknown. Other details on her cousins, relatives, etc are still unknown.

Regarding her educational background, she has graduated from Simon Fraser University and studied the course of Bachelors in Fine Arts (BFA).

Enuka began her acting career in 1990, after appearing as a regular cast in the first season of the teen soap opera, Hillside. All through 1990, she played many roles in different TV series and films like Madison. Eventually, she made a feature film debut as a supporting role in Double Jeopardy (1999).

In 2010, she scored the leading role as detective Traci Nash in the Global/ABC police drama series, Rookie Blue. In 2015, she was appointed as one of the major roles in the ABC pilot, The Adversaries. The same year, she was also featured as Nia Lahey on the popular series ‘How to Get Away with Murder’.

Enuka has also voice acted as Lady Une on Mobile Suit Gundam Wing, Android 18 on Dragon Ball Z (Canadian version), Jade on the animated series Shadow Raiders, and the gem fusion Rhodonite in Steven Universe. She also made her directional debut with a short movie, Cookie. She was the writer, actor, and executive producer. In addition, Okuma also co-wrote the episode “Best Man” on Rookie Blue.

Enuka Okuma is a wonderful actress and has achieved many awards and nominations throughout her career. She is a four-time Gemini Award nominee.

Okuma has a net worth estimation of approximately $1 million as of 2022. Her main source of income is her acting career, voice acting, and director. As of now her salary and assets are not given.

Even though Enuka Okuma is famous, she is not involved in any unnecessary false rumors and controversies. It seems she is very careful of her life choices and tries her best to keep her private business away from media.