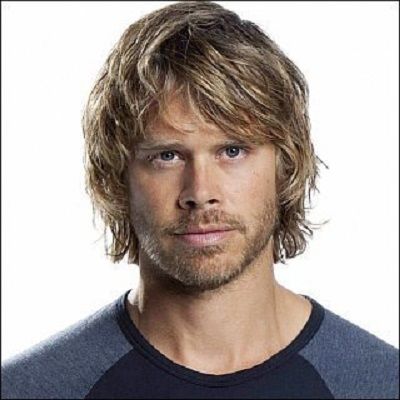 At culinary school, none of the things we use to define ourselves outside that world - actor, producer, student - none of that matters. ...

Paranoia plays into all of us. ...

Erin Christian Olsen is married to actress Sarah Wright. They married on the 23rd of June 2012 near Jackson Hole, Wyoming. In 2011, Sarah announced in the American talk, The Talk they are going to be engaged.

Erin’s Instagram post suggests that he is attached to sports like Bike riding, Sking, and golf. Apart from that, spending time with his family is very important to him. He loves spending vacations with his family.

Likewise, he shares his home space with a pet.

Who is Erin Christian Olsen?

Erin Christian Olsen is an American actor and producer. Erin is renown as Marty Deeks of the TV series, NCIS: Los Angeles.

Currently, he is associated with the TV series, Woke as an executive producer.

Erin Christian Olsen was born on the 31st of May 1977 in Eugene, Oregon. His father, Paul V. Olsen is an English Professor and Cross country coach. His mother, Jeanne Olsen- Donstard is a non-denominational chaplain. They are of Scandinavian- Norwegian origin.

He has an elder brother, David is a stunt double.

Erin attended Bettendorf Middle and High School in Bettendorf, Iowa. During school days, he was interested in  Sports, Japanese, and Theatre.

In 1997, he started his career with the TV series, Beyond Belief: Fact or Fiction. After a year, he was cast in the TV movie, Black Cat Run. In 1999, she was featured in the TV movies and series including Arthur’s Quest, Turks, ER, and Get Real. Some of his TV series along with the Year and Character name are-

In 2001, he debuted in Movie with the movie, Pearl Harbour as Gunner. In the same year, he was cast in the movie Not Another Teen Movie and Marilyn Manson: Tainted Love as Austin.

Last, in 2019, he featured in the movie, The Place of No words. Prior to that, he played the character of Lornie Kuhle in the Movie, Battle of the sexes. Till the date, he acted in 26 movies.

As a producer, he debuted with the short movie, Bald. Next, his TV series, Woke is in the verse of being aired. Apart from that, he was associated with the documentary, Andy Irons: Kissed by God as executive producer.

– 2004, nominated by Razzie Award for Dumb and Dumberer: When Harry Met Lloyd.

He is a blue-eyed auburn. His height is 6 inches and 1 inch and weighs around 77 kg.