Eric Church is a country singer-songwriter. He is also a guitarist, composer, and musician. Eric is married to Katherine Blasingame. Together they have two children. 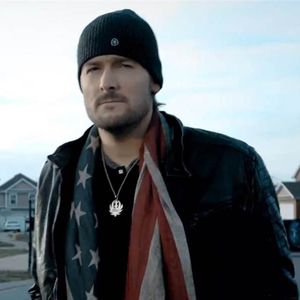 Dance with the one who brought you.

Eric Church is a married man and is a father of two children.

Eric married Katherine Blasingame, a famous music publisher in 2008. The couple got married in North California. Eric was seen performing a song that he wrote for his lovely wife at the ceremony.

The couple’s first son is Boone Mccoy Church and second Tennessee Hawkins Church. Eric and Katherine are very happy with their relationship and there is no sign of any separation in the lovely relationship they have.

Who is Eric Church?

Eric Church is a famous guitarist, songwriter, and country singer famous for his album Chief which debuted at #1 on Top Country Albums and Billboard 200. He is a well-established composer and musician.

Born as Kenneth Erich Church in Granite Falls, North Carolina, U.S.A. His father is Ken Church and his mother is Rita Barlow.

Eric has two siblings: a brother and a sister named Brandon and Kendra respectively. Eric was grown close to his grandfather, police in Granite Falls nicknamed as Chief.

He was very much fond of music from a very small age and used to write lyrics. Eric’s parents presented his first guitar at the age of 13. He holds American citizenship and is of Greek ancestry.

Eric went to South Caldwell High School for his primary education. After finishing his education his father made a deal that is he got a college degree then he will pay for his expenses for a year in Nashville.

Later, Eric was educated at Appalachian State University and completed his degree in Marketing after which he got a chance to visit Nashville and set up his career in music. Where he became a country musician and was signed to Capitol Nashville.

Eric Church’s album was released in 2014, The Outsider with rock and country fusion. The album gave a hit song Give Me Back My Hometown which became the song of the year and won the CMA Award.

Eric Church started his career in Nashville as a country musician for Capitol Nashville. He released his first album Sinners Like Me in 2006. The track Guys Like Me showed his real country-rock sound.

Eric’s fame started to take height after the song “Love Your Love The Most” started to jump up on charts followed by “Hell on the Heart” and “Smoke a little Smoke”. He also started to make wonderful live shows. He was also awarded the best new solo vocalist.

His success took another height with another album Chief. He took his grandparent’s title and put it in his album. With two No. 1 hit songs, the album debuted on the charts.

The album also made many accolades for Church and gave him honor at the Country Music Association Awards.

Apart from a musical career, Eric is also involved in social work with a Non-Profit Organization The Chief Care organized by Eric and his wife Katherine.

His organization works in other countries like Nepal and Haiti. Anyone can donate to the organization just by buying tickets for the concert done by Eric.

Church has a nice showcase full of awards and honors.  On shortening his list we can see some major awards he won like ACM Award 2013 as Album of the year for Chief, ACM Award 2016 as Video of the Year for Mr. Misunderstood.

Gaining soaring fame, Eric has a great yearly income of $1.2 million which he gets from his live shows and concerts. This also made his net worth high by a total of $16 million.

Eric Church has not been involved in any sorts of rumors and controversy until now. Currently, Eric is very far away from any controversies and there is no rumor that could make his fame come down.

Eric Church is a tall guy with 6 feet and 2 inches and his weight is approximately 84 kg. This tall and handsome-looking guy has brown hair and brown eyes.

With the rising fame and fan following his social media profiles are seen peaking high every second. Eric has 3.4 million followers on Facebook. His photos are regularly seen updated on Instagram and have 730k followers there.