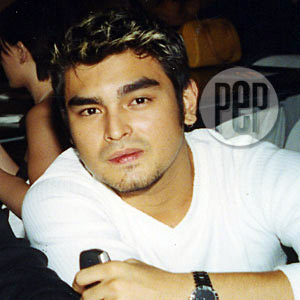 Eric Fructuoso is a married person. His wife’s name is Gian.  As a loving couple, they have already welcomed four children.

Their two sons’ names are Damian and Bruce. Also, he has another son, Frederick from his ex-wife.

He has been in several relationships including Ara Mina, Joyce Jimenez, Aubrey Miles, and Claudine Barretto.

Who is Eric Fructuoso?

He was born as Frederick John Marco Magdaluyo Fructuoso on March 31, 1976, in the Philippines. He belongs to Asian ethnicity.

His parents’ identities are not revealed but his grandfather was Carlos Magdaluyo, former director.

Nothing is published about Eric’s educational background.

Eric is an amazing actor and was nominated for 6th PMPC Star Awards for TV in the category of ‘Best New TV Personality’ in 1992.

Eric Fructuoso made his professional T.V debut in the year 1991 and appeared in a T.V show titled “Palibhasa Lalake” as himself.

In 1992, he made his film debut and appeared in a film titled “Gwapings: The First Adventure”. He played the role of Archie in it.

There are no drastic rumors regarding Eric’s personal and professional life.

This actor plus model has an estimated net worth of $500 thousand. His horror movie T2 (2009) has a box office collection of 95 million Peso.

Regarding Eric Fructuoso’s body features, he has black eyes and black hair.

However, he is also seen on Twitter with around 2.9k followers.