Eric Goode is a hotelier, conservationist, and filmmaker. Eric Goode is not having an affair with anyone presently.

Eric Goode’s current relationship status is possibly single. Till the date, he has not introduced anybody as his wife, lover, or girlfriend.

Also, he has not shared any details on his relationship and ex-girlfriend. 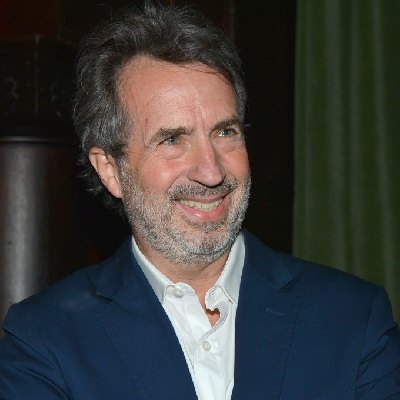 When something changes in Episode 7, you have to then begin moving things around, shuffling things backwards. Once you start moving material into it, that can derail your whole arc.

There are times when you do have to bring animals into captivity to save a species like California Condors, or Arabian Aurochs. But they have something called species survival plans, and they do it in a very thoughtful way and are careful with the genetics.

Who is Eric Goode?

Eric Goode is a hotelier, conservationist, and filmmaker. He is renowned as the director of the TV documentary, Tiger King: Murder, Mayhem, and Madness.

He is also the founder of Turtle Conservancy.

Eric Goode was born as Eric V. Goode on the 19th of December 1957 in Rhode Island to Fredrick and Marilyn Goode. However, he spent most of his childhood in New York. Later, he moved to California along with his family. He is of British ethnicity.

His father, Fredrick is a teacher and painter by profession whereas his mother, Marilyn is a naturalist and conservationist. He has four siblings including Christopher and Jennifer. Among them, he happens to be the second child to his parents.

Talking about his educational background, he attended the Academy of Art University in San Franciso. Also, he happens to be an alumna of Parson School of Design.

After that, he started opening the restaurants, hotels, and nightclub chains. Some of his most popular outlets include B Bar & Grill, The Maritime Hotel, The Jane Hotel, and Waverly Inn.

Beside his hospitality business, he is extremely popular for works ad animal philanthropist. In 2005, he founded the non-profit organization, Turtle Conservancy. Along with the organization, he works for the preservation the endangered turtles. For that, he created the first rescue and breeding center.

Apart from that, the organization has brought significant portions of the land in various sections of the world to secure the habitat of endangered turtles.

That includes over 900 acres in South Africa, around 1,000 acres of Tropical Deciduous Forest in Sonora, Mexico, over 60,000 acres at Durango for Bolson Tortoise, and 1,890 acres in Palawan, the Philippines for Palawan Forest Turtle.

Also, he is active in various organizations including Global Wildlife Conservation, Rainforest Trust, and Chelonian Research Institute as the board member.

He also happens to be a talented filmmaker too. As a filmmaker, he is more inclined towards the documentaries rather than the commercial ones.

Last, in 2020, he directed the documentary, Tiger King. Netflix’s mini-documentary is based on the interconnection of the Big Cat Conservation and collecters in America,

As of 2022, he has an estimated net worth of $90 million. His earnings as a film director range from $31k to $210k. Besides that, he also makes through his production works too.

His net worth is mainly attributed to Nightclubs, Restaurants, and Hotels that he owns.

Recently, he has been in the headlines as he laid off his restaurant workers in the mid of coronavirus. Due to the coronavirus, he has shut all the doors of their hotels. Hence, he has laid off employees including around 70 cooks and waiters.

The staff of B Bar wrote a letter requesting for two weeks of paid time off. Three days later, he responded by sending formal letters of termination to the staff.

Eric Goode has blue eyes with black hair. He has a decent height and an average weight. However, details on his body stats are not available.