American actor who is active in the industry since 1996.

Eric Lange’s relationship status at present is a married man. He exchanged vows with Lisa Sabatino on 9 November 2013.

His wife is a sales representative and this couple is now the parents of two children. 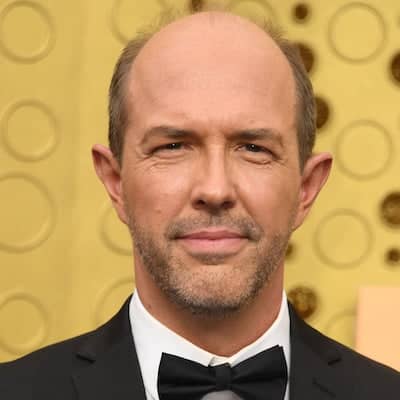 Who is Eric Lange?

Eric Lange is an American actor who is active in the industry since 1996.

Eric Lange was first seen in a project titled High School High as Singing Waiter that was uncredited.

His upcoming movies The Vanishings at Caddo Lake and Day Shift are in the post-production stage.

Eric is the winner of Streamy Awards in 2010 and was nominated for IABM Awards, Critics’ Choice Awards, ShockerFest Awards, plus Online Film & Television Association.

His birthdate is 19 Feb 1973 and he was born in Hamilton, Ohio, the United States. The name of his mother and his father’s identity is not revealed.

Further, Eric’s ancestry is Danish and as per his academics, he went to Fairfield High School plus Miami University. From the latter, he passed out with a degree in fine arts.

Eric Lange since joining the entertainment industry has made many hit appearances in several projects. The list of his popular TV series is,

His popular big-screen projects where he has shown his acting skills are,

As for himself, Eric was featured in,

By the 2022’s reports, he has accumulated a net worth of around $2 million. However, his salary and other earnings are not yet published.

This actor in the series Victorious is keeping himself away from scandals as well as rumors.

On top of that, he has dark brown hair and has Gunmetal blue eyes.

Eric is present on social sites such as Instagram with over 116k followers and on Twitter, he has over 232k fans.