Eric McCormack is a Canadian-American actor. He is known for his role as Will Truman in the American sitcom Will & Grace.

Eric’s relationship status is married to Janet Holden since 1997.

Eric and Janet have a son, Finnigan Holden McCormack. 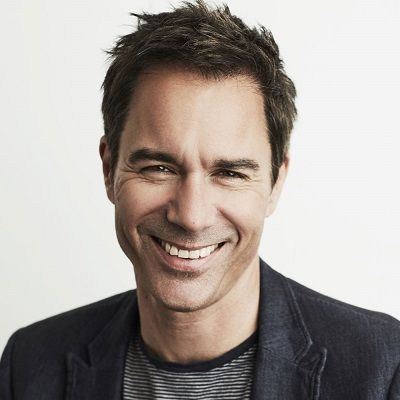 Each one of us fulfills a piece of a larger puzzle

My most romantic job: I was a manager at Baskin-Robbins

There wasn't an episode of 'Will &

Grace' that didn't begin with my voice saying, 'Will &

Grace' is taped before a live studio audience

There wasn't an episode of 'Will &

Grace' that didn't begin with my voice saying, 'Will &

Grace' is taped before a live studio audience

When I read the script for Will &

Who is Eric McCormack?

Eric McCormack is a Canadian-American actor. He is known for his role as Will Truman in the American sitcom Will & Grace.

Besides acting, Eric is the CEO of his production company, Big Cattle Productions, which develops ideas for television.

His parents are Keith McCormack and Doris McCormack. Mr. McCormack is a financial analyst for an oil company.

In addition, he is the eldest of his siblings. One of Eric’s sisters, Ellen McCormack.

In 1982, McCormack graduated from Sir John A MacDonald Collegiate Institute, Toronto, Canada. After graduating from high school he joined Ryerson University School, Toronto, Canada. This is where he learned his acting skills.

In 1985, he dropped out several months before graduation to start performing with the Stratford Shakespeare Festival in Stratford, Ontario.

McCormack started his career in the 1986 film The Boys from Syracuse. Later, he migrated to Los Angeles, California, and started working on U.S. television. In 1991, he appeared in the episode of the CBS crime series Top Cops.

In 1998, McCormack received his breakthrough after being cast as a lawyer, Will Truman on the NBC sitcom Will & Grace. Moreover, in 1999, he starred in the comedy movie Free Enterprise.

In 2004, he had a recurring role as Ray Summers on Showtime’s comedy-drama Dead Like Me. Similarly, in 2005, McCormack starred in the film The Sisters, based on Anton Chekhov’s play Three Sisters.

Eric McCormack has featured in several movies such as Netflix’s Travelers as well as the American Crime drama Perception. He has also written, directed, and starred in the romantic comedy, What You Wish For.

Currently, he is also involved in many American and Canadian charitable organizations and humanitarian campaigns like Project Angel Food, Shelter Dogs, and Cancer Awareness.

In 1999 and 2001, Eric won the OFTA Awards and Emmy Awards as the Best Actor in the comedy series Will & Grace.

Moreover, in 2003, he also won the GLAAD Media Awards.

Similarly, in 2005, McCormack won Dixie Film Festival Awards for The Sisters, based on Anton Chekhov’s play.

Eric has brown hair with dark eyes. His height is 5 ft and 10 inches.

You may also like to read about Wes Brown, Chris Santos, Michelle Phillips.