Eric Nenninger is an American well-known actor, singer, and writer.

Eric Nenninger is a happily married man and also a father of two children. He gets married to his long-time girlfriend Angel Parker. Angel is also an actress and voice artist.

The couple met while studying at The Ameican Academy of Dramatic Arts. The duo tied the knot on August 10, 2002. Together they have two children a son named James Nenninger and a daughter named Naomi Nenninger. 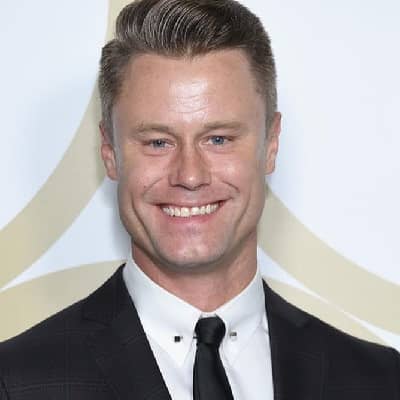 Who is Eric Nenninger?

Eric Nenninger is an American well-known actor, singer, and writer. He is best known for portraying the role of  Scott Braddock in the 2003 horror film, Jeepers Creepers II. He played a recurring role as Cadet Eric Hanson on the family television sitcom, Malcolm in the Middle.

Kate was born on November 19, 1978, as Eric John Nenninger. His birthplace is in St. Louis, Missouri, the U.S. He holds an American nationality and belongs to mixed ethnicity of German, English, Scottish, Irish, Polish, French.

The actor enrolled at Immacolata Elementary in Richmond Heights. He completed his high school in Ladue Horton Watkins High School in Missouri.  In 1997, he relocated to Los Angeles and joined the American Academy of Dramatic Arts.

Eric made his television debut through the fiction drama series, The X-Files in an episode Signs and Wonders as Jared Chirp. That year, he guest-starred in several TV series such as ER, Opposite Sex, Malcolm in the Middle, CSI: Crime Scene Investigation. In 2003, he starred in the film called Jeepers Creepers 2 where he portrayed the role of Scott “Scotty” Braddock. He shares the screen with Billy Aaron Brown, Ray Wise, and Mariah Delfino.

Eric appeared in a recurring role of Damon Smythe in the comedy-drama television series Glory Daze. Similarly, he voiced characters in the 2011 video game L.A. Noire. He also appeared in numerous brand commercials such as FedEx commercials (2001), Bud Light campaigns (2011), adverts for AT&T (2016), and more. In 2003, he sang Sammy Davis Jr.’s song The Candy Man on Malcolm in the Middle.

Furthermore, he made his debut as a screenwriter in the year 2019 on the television movie SUBmissions. In 2020, he features in the Netflix series, Medical Police as Collins. That year, he also starred in the superhero television drama The Flash in the recurring role of Joseph Carver.

To date, Eric has managed to maintain a clean image. She hasn’t been part of such controversy that could hamper his personal and professional life.

Eric has an estimated net worth of $5 million as of 2021. He hasn’t yet disclosed his salary, other assets, and real estate in the media.

The actor has a decent height with an athletic body physique. He is 6 feet 2 inches tall and weighs about 83 kg. His eyes color is blue and has light brown hair.