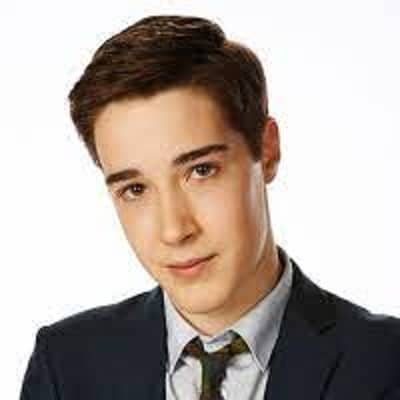 He used to date his previous girlfriend named Ana Golja. They dated each other in 2013 but after some time they broke up and parted ways. Now he has been single and hasn’t been spotted with any other of her girlfriends.

He has been keeping his relationship private.

Who is Eric Osborne?

Eric Osborne is a very well-known young actor who has acted in Degrassi and Degrassi: Next Class as Miles Hollingsworth III.

Osborne was born on 25 Feb 1997 in Oshawa, Canada. He is currently he is 24 years old. Eric holds the Canadian nationality

He was raised in Canada alongside his sister Sarah but hasn’t revealed his family name to the public.

Eric has completed his studies at Clarington Central Secondary School. However, there is no further information about her educational background. Eric and Ehren Kassam attended the same school and he was also a member of the alternative band Eleanor Shore, along with cast member Ehren Kassam and pals Connor Dupont and Sean McAlister.

Osborne has also played in Suits, Frankie Drake, Pyewacket, Thicker than Water (The Twisted Son), and in the films Random Acts of Violence and Boys Vs Girls. He is also a talented musician/singer who likes playing guitar, piano, saxophone, drums, and any other instrument he can get his hands-on, and he has performed at a number of local locations with his band Eleanor Shore.

Some of his well-known films and series are Cynosure, If a Bird Cannot Swim, Night Raiders, Queen of Spades, Men at War, Random Acts of Violence, and many more.

He is a young actor whose career has begun in the entertainment industry for a quite long time. Most of his income comes from his career as an actor and his estimated net worth is to be $5 million.

He has been closed and always been together with his co-star named Olivia Scriven who is said to be his good friend.

He always waits for her patiently when she gets her makeup done and also they look cute together. The co-star Olivia has also said that Eric is a good kisser.