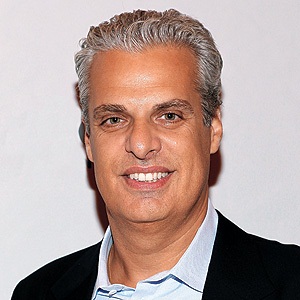 If you can't think like an onion or a carrot or a tomato, you may be a technician, but you won't understand what you're doing, and your dish will be flat

Having sharp, great knives will enable you to cook very precisely. Knife skills are essential in cooking

You don't become a chef to become famous.

Ripert is a married man. He is married to his longtime girlfriend Sandra Ripert. The couple together has one son. He occasionally resides in Sag Harbor, Long Island, New York, US with the family.

Who is Éric Ripert?

Éric Ripert is a French chef, author and television personality specializing in modern French cuisine and noted for his work with seafood.

Ripert’s flagship restaurant, Le Bernardin, has been ranked among the best restaurants in the world by culinary magazines and S. Pellegrino’s annual list of “The World’s 50 Best Restaurants”. It holds the maximum ratings of four stars from The New York Times and three stars from the Michelin Guide.

Ripert was born Éric Ripert on 2 March 1965, in  Antibes, France. His nationality is French and ethnicity is European.

His father expired when he was just 11 years old later his mother remarried and his stepfather(Hugo) did not treat him well. He learned to cook at a young age from his grandmother. When he was young, his family moved to Andorra, where he was raised. His childhood was not normal as other kids he was around.

He was sent to a boarding school. He later returned to France and attended culinary school in Perpignan.

Ripert started his career at the age of 17 in 1982, when he moved to Paris. There he worked for two years at La Tour d’Argent, a famous restaurant more than 400 years old. Ripert next worked at Jamin under Joël Robuchon and was soon promoted to Assistant Chef de Partie. In 1985 Ripert left to fulfill his military service, after which he returned to Jamin as Chef Poissonier.

In 1989, Ripert moved to the US and was hired as a sous chef in the Jean Louis Palladin restaurant. He stayed for two years before moving to New York City in 1991 to work for David Bouley. Ripert stayed just under a year so he didn’t break the contract by being pursued by Gilbert Le Coze at Le Bernardin. In 1994, Ripert became Le Bernardin’s executive chef after Gilbert Le Coze died unexpectedly of a heart attack.

The following year, at the age of 29, Ripert earned a four-star rating from the New York Times, and in 1996 he became a part-owner. In the Michelin Guide NYC 2006, Ripert’s Le Bernardin was one of four New York City restaurants to be awarded the maximum three Michelin stars for excellence in cuisine. Le Bernardin received four stars from the New York Times four consecutive times, making it the only restaurant to maintain that exquisite status for that length of time and never dropping a star in ten years. Le Bernardin is often referred to as the Temple of Seafood.

Ripert chairs the City Harvest’s Food Council and is president of the Jean-Louis Palladin Foundation. He has been a guest chef at the French Embassies in Mexico and Venezuela and for the New York City Ballet.

In November 2007, Ripert opened Westend Bistro at the Ritz-Carlton in Washington, D.C., offering casual French and American bistro fare. In early 2009, Westend Bistro began serving a family-style Sunday Supper of a starter and entree for $28 per person. Ripert opened his newest venture in the Ritz Carlton Philadelphia spring 2008.

Ripert has made several guest appearances on cooking-based television shows. This includes Top Chef, No Reservations, Anthony Bourdain: Parts Unknown, etc. Most recently he has launched a series of brief online cooking videos called “Get Toasted” on his website AVECERIC.com. Adding to his adventures, PBS has aired Avec Eric episodes (started September 2009).

Ripert was a featured chef on Great Chefs television. In 2010 he played himself in the television show Treme on HBO. He returned to his cameo role in Season 2, in multiple episodes.

Ripert is the chair of City Harvest’s Food Council. In this capacity, he works to bring together New York’s top chefs, restaurateurs,  and others in the food community to assist City Harvest in its mission to raise funds and to increase the quantity and quality of food donations.

He is president of the Jean-Louis Palladin Foundation which develops programs to increase the understanding and appreciation of high-quality ingredients among young chefs and food professionals.

Éric Ripert: Salary and Net Worth

He has a net worth of $8.5 million but his salary is not revealed yet.

There are no any much significant rumors and controversies regarding Eric Ripert in the mainstream media till date.

Eric has the height of 5 feet 8 inches. His body weighs 78kg. He has grey hair and grey eyes. Furthermore, there are no details regarding his body measurements.