Eric Villency is a businessman. Eric is not dating anyone currently. He is the father of Ronan Anthony.

Previously, he was married to Caroline Fare on 14 December 2013, at Eau Palm Beach, South Florida

The couple met in the year 2010 on a blind date. After dating for three years the couple engaged in April 2013.

However, the couple started having differences and they divorced in 2017.

Before marrying Caroline Fare, Eric shared his marital life with television personality Kimberly Guilfoyle on May 27, 2006. The couple has one son Ronan Anthony. 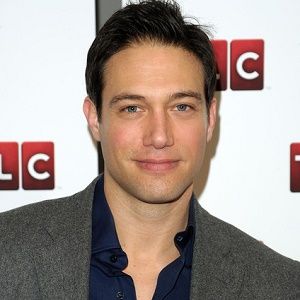 Eric Villency is an American Interior Designer and Businessman. He is one of the most demanded and valued interior designers of the entire United States of America at present. Currently, he is the CEO of the ‘Villency Design Group’ which is an interior and product design firm.

He was born to American parents Rowann and Robert Villency. His mother is a mixed media artist, and his father is the chairman of Maurice Villency in New York City in 1975.

Eric Villency was raised with his parents. His nationality is American and his ethnicity North American. During his childhood, Eric worked in his grandfather’s furniture company ‘Villency Design Group’. This exposure made him a successful businessman in his future and one of the most demanded interior designers.

Eric Villency’s career as a businessman and an interior designer is completely related to his grandfather’s Furniture Company which is been handled by Eric at the present times. But, it is not fair to say that there is no contribution that Eric Villency made to take his grandfather’s business to a higher level because after Eric was appointed the CEO of the ‘Villency Design Group’ in 1998, there are many modifications in the company since then, making it travel the path to be a greater company in the coming future.

After receiving the FIT “All-Star Salute” award, recognizing leaders in design and fashion in 2001, Eric launched the first company’s first home accessories collection in 2002 which was followed by his launching of “Villency Atelier” a workshop dedicated to custom design and fabrication for design professionals. As the years pass by, Eric Villency made a positive move by promoting the number of design projects like ‘Rudy Giuliani Urgent Care Unit at St. Vincent’s Hospital’, ‘the Delta Air Lines Miami Crown Lounge’, etc.

Apart from the business and designing career of Eric, he is also a writer who wrote in ‘Huffington Post’ along with his name as a model.

This businessman’s net worth is estimated to be $130 million.

He loves adventure and riding bikes. Hence, he owns quite a few bikes.

There is no rumor about the love life and professional life of Eric Villency because of his simple lifestyle. He has not been gripped by any major controversy.

Eric Villency’s height and weight are not known. He has dark brown hair and blue eyes.