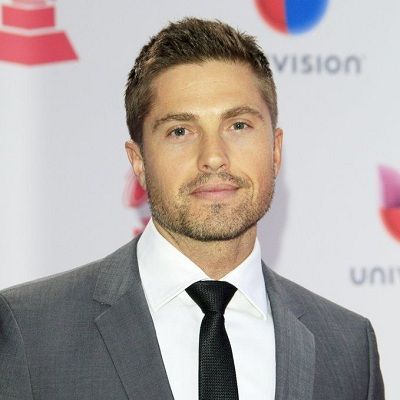 Within that dream of working with your partner, you want to be able to separate and have a home life. You have to be able to be husband and wife at the same time as business partners

I was an athlete when I was younger and played a lot of sports, including golf, but I always ended up throwing around my clubs in frustration

My parents are divorced, but they have and always are there for me. They've never missed a ball game or anything else I've done, and we've always been so close.

What is the relationship of Eric Winter?

From 2001 until 2005, Winter was married to actress Allison Ford. He dated actress Roselyn Sánchez for two years prior to their engagement on January 1, 2008.

On November 29, 2008, the couple wed at a historic San Juan fort in Puerto Rico. In August 2011, Sánchez announced she and Winter were expecting their first child together.

Who is Eric Winter?

Eric Winter is an American author, actor, and former fashion model. He is popularly known for his television roles as FBI Special Agent Craig O’Laughlin on CBS drama series.  Eric is known for his film roles in Harold & Kumar Escape from Guantanamo Bay (2008) and The Ugly Truth(2009).

Eric Winter is 46 years old. He was born on  July 17, 1976, in La Mirada, California, U.S. His father’s name is Wayne winter and his mother’s name is Gwen winter. Eric belongs to American nationality and mixed ethnicity (Irish, English, French-Canadian, Scottish, and German). There is no information about his siblings.

Winter graduated from UCLA with a degree in Psychology.

Winter was a male model before his acting roles. From July 8, 2002, until July 26, 2005. he played the role of Rex Brady on the daytime soap opera Days of Our Lives. Eric had many small roles in television shows, such as CSI, Love, Inc., Charmed, and Just Legal after leaving Days of our Lives.

On February 28, 2007, his character, R.J. Blake, a bull-rider who dated the character of Dani Davis (played by Nicole Tubiola), was killed in the episode “Heartless” which aired originally. He also appeared on The Parkers in the episode The Boomerang Effect. Eric was a regular on the short-lived CBS series Viva Laughlin and Moonlight.

Eric Winter appeared in the feature films Harold & Kumar Escape from Guantanamo Bay (2008) and The Ugly Truth(2009).In 2010, he starred as the character Michael Friend, the imaginary friend of Jane (Alyssa Milano) on Lifetime television.  Furthermore, Winter appeared in the CBS crime drama The Mentalist as FBI agent Craig O’Laughlin, the boyfriend and later fiancé of Amanda Righetti’s character Grace Van Pelt from 2010 to 2012.

Moreover, he had a recurring role as Luke Lourd on the ABC comedy-drama series GCB in 2012. winter arose in the PlayStation 3 game Beyond Two Souls. In 2013, Winter began featuring in the Lifetime television series Witches of East End as Dash Gardiner. After two seasons, on November 4, 2014, the series was canceled. Eric began starring in the ABC drama The Rookie as Officer Tim Bradford in October 2018.

Though he is an amazing actor, author and model there is no information that he has received many awards and information.

As of 2022, Eric has an estimated net worth of $14 million. Currently, we don’t have any information about his income and salary.

Eric Winter has not been part of any rumors as well as any controversy.

Eric Winter is 6 feet 2 inches tall and his weight is 80 kg. He has blond hair color and Hazel eyes. There is no more information about his body measurements.

9 Fluffy Slippers Designs For Women To Wear This Winter