Erica Oyama is a primetime Emmy nominated producer, actress, and scriptwriter. She is renowned as the producer of Burning Love and Never Have I Ever. She is married to Ken Marino and the couple is blessed with two kids. 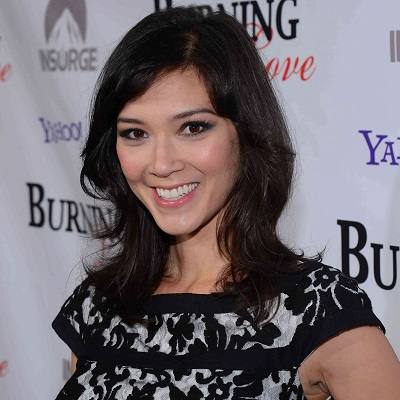 Erica Oyama is happily married to the actor and producer, Ken Marino. They married on 8th October 2005.

Together, the couple is blessed with two children including a son, Riley Marino, and a daughter, Ruby Marino.

Who is Erica Oyama?

Erica Oyama is a primetime Emmy nominated producer, actress, and scriptwriter. She is renowned as the producer of Burning Love and Never Have I Ever.

Last, in 2020, produced the TV series, Corporate as a co-executive producer.

Erica Oyama was born on 28th March 1981, in Birmingham, Alabama, USA. She is of Far-East-Asian ethnicity with Japanese roots.

Her father, Yasuhiko Oyama is a Karate master and instructor. Also, he owns a karate studio in Birmingham. He worked in the animation department of the animation series, Seinto Seiya: Omega.

Since childhood, she was inclined toward the entertainment world and interested in music, theater, and creative writing.

Pursuing her passion, she attended the Alabama School of Fine Arts in Birmingham dedicated to students who develop their careers in the entertainment world.

In 2001, Erica Oyama entered the industry as an actress. In 2001, she made her acting debut with the TV series, Undressed as Cassie. Her character in the series was limited to four episodes only. After the movie, she took a break from her acting career.

In 2007, she returned to the industry with the TV series, Wainy Days. In the series, she appeared in the character role of Kiki. Also, she contributed the script for an episode for the series. The same year, she made her movie debut with the movie, The Ten as Breem Benson.

Following that, she associated with the series, Fresh Off the Boat as consulting producer. Lately, she produced the series, the Netflix series, Never have I Ever based on the complicated life of the modern generation Indian teenage girl.

Erica Oyama has brown eyes with brunette hair. She stands at a height of 5 feet 7 inches and average weight.

As of now, she has not been through any sort of controversy and scandal that created a buzz in the media. Besides that, she has managed to maintain distance from any type of rumors.