Updated On February 6, 2023 | Published By: Arun Mehata
Share this
Married 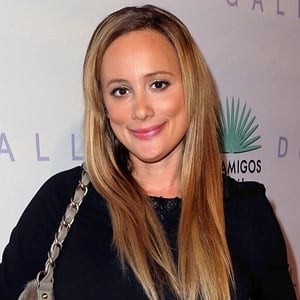 Who is the husband of Erica Rose (Actress)?

Currently, she is married to Charles Sanders. The pair married on December 3, 2017.

Previously, they were engaged for 3 months. The couple has a daughter Aspen Rose Sanders.

Erica Rose was previously in a relationship with Galen Gentry.

She has a daughter from this relationship, Holland Rose Madeleine Gentry.

Who is Erica Rose?

Erica Rose is an American actress.

People recognize her for her appearance in Television series including ‘Bachelor Pad’, ‘The Bachelor’, and ‘You’re Cut Off’.

Her father is a plastic surgeon. Additionally, she has a brother Ben Rose.

She became interested in the world of show business in her childhood years. She is of American nationality.

As of now, she is 40 years old. Furthermore, there are no details available relating to her ethnic background at present.

Talking about her education, Rose attended and graduated from Memorial High School.

Additionally, she also attended law school at the University of Houston.

Rose initially appeared on the ‘Ellen: The Ellen DeGeneres Show’ in 2006.

In addition, she also appeared as herself in the TV special ‘VH1 Big in 06 Awards’.

Since then, she has appeared in numerous other television series. All in all, she has over 10 credits as an actress.

Some other television series that Rose has appeared in are ‘The Bachelor at 20: A Celebration of Love’, ‘The Playboy Morning Show’, ‘Inside Edition’, ‘Katie’, ‘Bachelor Pad’, ‘Dr. Phil’, ‘Wendy: The Wendy Williams Show’, ‘You’re Cut Off’, ‘Youth Knows No Pain’, and ‘Battle of the Bods’.

She also worked as a director of business development at Gentry Law Group.

Rose has not revealed her current salary.

Rose has not been part of any notable controversies in her career.

Furthermore, at present, there are no rumors concerning her life and career.

Talking about her body measurement, there are no details available about Rose’s height and weight.

Her hair color is blonde and her eye color is dark brown.

Rose is active on social media. She has a huge number of followers on social networking sites such as Instagram and Twitter.