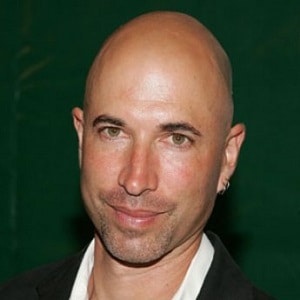 Ericson Core is a married man. He is married to actress Rana Haugen. The pair married in June 2003. They have a son from this marriage, Arden Storm Core. The marriage is going strong as there is no news regarding any extramarital affairs at present.

Who is Ericson Core?

Ericson Core is an American film director and cinematographer. People mostly know him for his directorial work in the 2006 sports film ‘Invincible’ and the 2015 film ‘Point Break’. Additionally, he has also served as the director of photography on ‘The Fast and the Furious’ and ‘Daredevil’.

There are no details available at present about Core’s early life and childhood. Additionally, his date of birth, as well as the place of birth, is not made available. He is of American nationality. Furthermore, no information can be found relating to his ethnicity.

Core initially began his career as a music video director. In 1995, he was the cinematographer of the documentary ‘The Show’. Additionally, in the same year, he was also the director of photography of the video game ‘Rolling Stones: Voodoo Lounge’. In 1996, he worked in the movie ‘Exit in Red’ and the TV series ‘EZ Streets’. Since then, Core has worked in numerous other movies and television series. Furthermore, he has also directed several movies and television series. All in all, he has over 15 credits as a cinematographer.

Some other videos, movies, and television series that Core has worked on are ‘Hell of a Day’, ‘The Courier/2.0’, ‘Space Cowboy’, ‘Dancing at the Blue Iguana’, ‘Mumford’, ‘Payback’, ‘Before Women Had Wings’, ‘One Eight Seven’, ‘MacGyver’, ‘Still Star-Crossed’, ‘Of Kings and Prophets’, and ‘Family Law’ among others. Core has more than five credits as a director. Additionally, he was also the director of photography for the TV commercial for Lee Jeans titled, ‘Hall of Mirrors’.

Core garnered the AFI Award nomination in 2002 for his work in the movie ‘The Fast and the Furious’. Furthermore, he has also received the nomination for Daytime Emmy Award.

Core has not revealed his current salary. Additionally, there are no details available about his estimated net worth at present.

Core has kept his personal life away from the mainstream media spotlight. He has not been part of any notable controversies to date. Furthermore, at present, there are no rumors concerning his life and career.

Talking about his body measurement, there are no details available about Core’s height and weight. He is bald and his eye color is hazel.