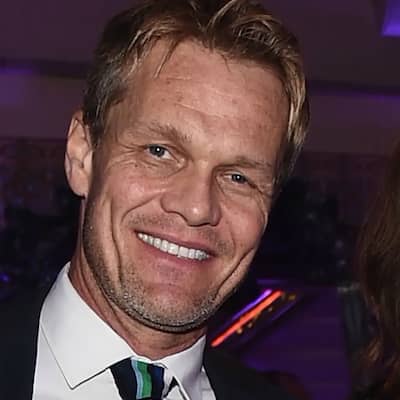 He has not shared his current affair details with the public. Also, it is unknown whether he is married or not.

But in the past, he romanced with the host of America’s Next Top Model, Tyra Banks. They met each other on the set of Norway’s version of Top Model in 2013 and soon started to date each other.

This former couple was serious about their affair and welcomed their first son York Banks Asla in 2016. As Tyra struggled with fertility issues, they had to go for surrogacy.

But after a year of welcoming their kid, this couple broke up. They split on good terms and continue to work together professionally.

Who is Erik Asla?

Erik Asla is a popular Norwegian fashion and commercial photographer. He is mostly in the media for being in a romantic relationship with Tyra Banks.

He has two studiis Erik Asla Studio in Los Angeles and Galleri Semmingsen in Oslo.

His birthdate is 21 May 1964 and he was born in Norway. The name of his mother and his father is behind the curtain.

Erik’s ancestry is Norwegian and regarding his academics, he has not disclosed the data.

Erik is a popular face of the photography world who started as a photo assistant to photographer Herb Ritts. His creations are appreciated plus featured in Bazaar, ELLE, Glamour, GQ, The New York Times Magazines, and more.

He mostly shoots for fashion/commercial purposes and has clients such as Calvin Klein, Saks Fifth Avenue, and Audi.

As a guest, he appeared for an episode in God kveld Norge and Skavlan. Erik also judged Norway’s Next Top Model in 2006.

By the reports of 2021, he has accumulated a net worth of around $100k US. The annual salary from his work journey is yet to be calculated.

This photo expert is keeping himself away from rumors and desperate scandals.

Erik Asla’s height and body weight are of average size. Moreover, his eyes are blue and his hair is in dark brown color.