Erik Aude is an American actor, stuntman, and poker player. He was arrested in Pakistan for smuggling drugs in 2002. He is in a relationship with Chanel Ross.

Erik Aude is currently in a relationship. He is dating Chanel Ross.

Previously he had an affair with Shanna Moakler. Shanna is an actress. In July 2013, Erik along with his ex-girlfriend Shanna attended the 3rd Annual Variety Charity Texas. 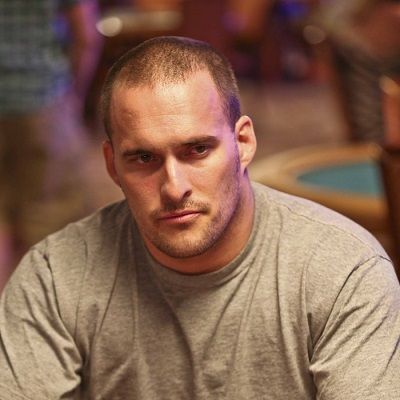 We as Americans live like Kings. We have no idea how good we have it. No matter how bad it gets, it could always be worse

I'm on death row,' Erik said. 'They knew I was innocent but they couldn't help

Who is Erik Aude?

Erik Aude is an American actor, stuntman, and poker player. He was arrested in Pakistan for smuggling drugs in 2002.

Erik Aude was born as Erik Anthony Audé on April 5, 1980, in Los Angeles, California, USA. He is of German origin. His mother’s name is Sherry Aude.

He started his career as a TV series actor in 1997 with The Bold and the Beautiful. His debut movie was Inferno (1999), where he played the role of a soldier.

In 2014, Erik was seen with actor Bradley Cooper in the war drama movie American Sniper. Erik has played the role of Thompson. This movie was praised by critics and has collected $3.4 million from limited release in three weekends.

Erik is also known for his role in the TV series, Days of Our Lives. It is a soap opera and was aired from 2010 to 2015. In it, Erik has played the role of Lamar, a thug, and a dealer.

Erik Aude has appeared in several movies plus TV series. Some of the are,

In February 2002, this actor was caught by trafficking opium from Pakistan to the USA. He was arrested at Islamabad International Airport and was brutally tortured.

Then in Jan 2003, Erik was sentenced to seven years of imprisonment. He was taken to one of the most feared facilities, the Adiala Central Jail in nearby Rawalpindi.

But in 2004, Bill Richardson (New Mexico Governor) appealed for Erik’s freedom. The written confession of Minasian that Audé was innocent and was being used to smuggle opium started a movement to free him.

Several websites were set up for this freedom and finally, just after Christmas i.e on Dec 26, 2004, Erik Aude arrived at Los Angeles International Airport.

How Much Does Erik Aude Earn?

Annually, the salary of an American actor is around $51,000.

He has dark brown hair with light brown eyes. He is 6 feet 1 inch tall and weighs around 84 kg.