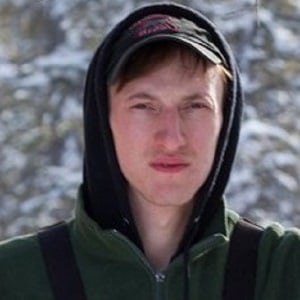 Erik Salitan is a married man. He is married to Martha Mae. Martha is one of the owners of ‘Blanchard Family Funeral Home’ and ‘Birch Hill Cemetery.’ The pair has a son named Lucas. The marriage is going strong as there is no news regarding any extramarital affairs at present.

Erik Salitan is an American actor. People mostly know him for his appearance in reality TV series ‘Life Below Zero.’ Additionally, he is also the owner of the company ‘Bushwhack Alaska Guiding and Outfitting.’

Salitan was born in the United States on February 9, 1984. Throughout his childhood years, he grew up in the New York area. There is not much information available relating to Erik’s parents and siblings.

He is of American nationality. Furthermore, no information is available relating to his ethnic background at present.

Talking about his education, Salitan attended Finger Lakes Community College. Additionally, he also went on to enroll at the University of Fairbanks. In addition, he received a degree in Applied Science.

Salitan initially enjoyed hunting, fishing, and crafting. Later, he started his own company ‘Bushwhack Alaska Guiding and Outfitting.’ From 2013 to 2016, Erik appeared in the TV series documentary ‘Life Below Zero.’ He appeared in 36 episodes of the show.

Salitan has not been linked with any award nominations in his career.

Salitan has not revealed his current salary. However, he has an estimated net worth of around $ 0.4 million at present.

Salitan has not been involved in any notable controversies in his career. Furthermore, at present, there are no rumors concerning his life and career.

Talking about his body measurement, there are no details available about Salitan’s height and weight. Additionally, his hair color is light brown and his eye color is dark brown.