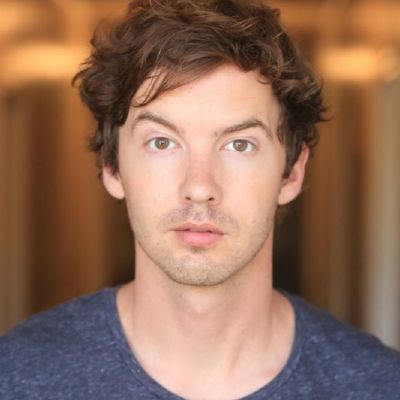 Erik Stocklin is a happily married man. He is living a blissful conjugal life with social media personality, Colleen Ballinger.

Collen is a renowned YouTuber, comedian, actress, singer, and writer. In 2018, the beautiful couple exchange vows, and they were blessed with a son named Flynn Timothy Stocklin in the same year.

Collen faced a miscarriage in January 2021 and later on in May, the couple announced their pregnancy and was expecting twins.

Who is Erik Stocklin?

He is best known for his recurring roles on television series such as Mistresses, Stalker, and Good Trouble.

Erik is the son of Brian Flynn Stocklin (father) and Anita Kay/Koy (mother). However, he hasn’t yet disclosed his parent’s identity in the media.

Talking about his academic background, she attended Sothern Connecticut State University from where she earned a bachelor’s degree in theatre in 2007.

During the college year, he played for four summers with Elm Shakespeare Company in New Haven, Connecticut.

In 2008, Erik moved to California to pursue his acting career. He made his first television appearance in an episode of the comedy series, First Day in August 2010. In the same year, he appeared in another Pilot, Krog.

Stocklin appeared in one episode of the supernatural teen drama series, The Vampire where he portrayed the role of Stevie.

The actor has managed to maintain a clean profile. He has never been part of any sorts of rumors and controversial matters that create a huge buzz in the media.

Erik’s primary source of income is his acting career. He might have earned a decent amount of wealth however, he hasn’t yet revealed his precise net worth, salary, and other earnings in the media.

Talking about his wife’s income, Colleen has an estimated net worth of $8 million as of 2021.

The actor stands at the height of 6 feet tall and her weight is about 70 kg. Likewise, she has a dark brown pair of eyes and as well dark hair color.

He has also a Facebook account with nearly 571 followers. Similarly, he has a YouTube channel alongside his wife under the username ‘RELAX! with Collen and Erik’ with more than 245k subscribers.