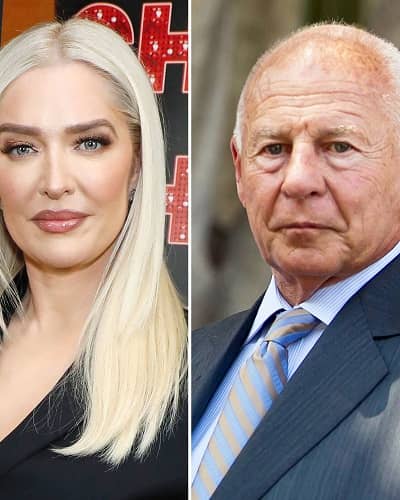 On 3rd November 2020, Erika Girardi announced that she is filing for divorce from her husband of 21 years Tom Girardi. Erika revealed that she decided to end the marriage after thinking through it. She has a great love and respect for him and asked for privacy.

Similarly, Erika has requested spousal support from Tom. She had listed their date of separation as to be determined and the reason for it as irreconcilable differences.

Likewise, she also asked Tom to pay her attorney’s fees. The couple is yet to reveal and give a statement about spousal support. They do not have a prenup and Erika said that it would not stand much of a chance against Tom’s superior knowledge of the law.  She said,

“A prenup wouldn’t stand in his way anyway. So it doesn’t matter whether you had one or you didn’t, it’s going to be all Tom’s way, I assure you. He’ll rip that piece of paper to shreds in two seconds!”

Also read Divorce With A Kiss! Cardi B Kissed Her Estranged Husband OffSet At Her Birthday Party While She Is Divorcing Him!

Erika Girardi and Tom Girardi met each other almost two decades ago when she was a cocktail waitress at the L.A. restaurant Chasen. Tom was a regular at the restaurant. Girardi just had a divorce at the time and had a son from his previous marriage. Girardi was not looking for a new marriage.

But things changed after Erika and Tom had a year of friendship. They had an immediate connection as they both came from a not-so-well-off family and wanted to grow together. Just a few months after meeting each other, Jayne moved in with Tom. Tom proposed to her after six months and they walked down the aisle on 7th January 2000.

Previously, she was married to Thomas Zizzo and it was the third marriage for Tom. Erika was just 27 years old and they had an age difference of 33 years. Erika said in 2018,

“Everyone thought I was marrying him to have a baby and lock down the money, as ugly as that sounds. I see it less and less now.”

Similarly, Erika said in The Real Housewives of Beverly Hills,

“People are always like, ‘Oh you guys don’t see each other a lot,’ but when we do see each other, it’s 100 percent full-on attention. This is what people don’t understand: It’s not a detriment to the relationship, it’s actually helpful. It’s better than someone being in your face all the time and you’re not even present.”

They completed two decades of married life but decided to split recently.

Erika Girardi is professionally known as “Erika Jayne” is an American Singer Actress and Television Personality.

Erika is also an American dance artist who broke in 2007 with the club hit “Rollercoaster”’ which shot to the top of the U.S. Billboard Dance Charts, and followed it up with a string of successful singles, including “Give You Everything” and “ PAINKILLER”.

In 2015, she was introduced as the cast member on the E! reality series The Real Housewives OF Beverly Hills. Read more bio…