Updated On November 15, 2022 | Published By: Pranov Shrestha
Share this
Divorce 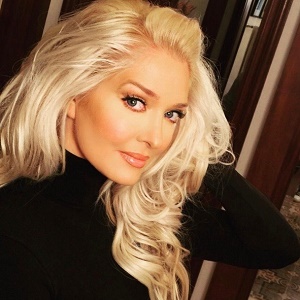 "When It Comes To Me Sharing Back, I Watch And I Measure."

"I Look Too Good To Be Fighting On A Beach."

What is the relationship of Erika Jayne?

In 1999, Erika Jayne is married to attorney Thomas Girardi, a founding partner of Girardi & Keese in downtown Los Angeles. They live in Pasadena.

However, in November 2020, Erika filed for a divorce from her husband, Thomas. But after a month Thomas and Erika were sued by the law firm Edelson PC for faking their divorce to embezzle money.

Previously she was married to Thomas Zizzo in 1991. Their marriage ended in 1996. Together they had a son named Tommy.

She is a good friend of her former “The Real Housewives of Beverly Hills” co-star Yolanda Hadid. She also has a Dutch Shepard dog.

Who is Erika Jayne?

Erika Girardi is professionally known as “Erika Jayne” and is an American Singer Actress and Television Personality.

Erika is also an American dance artist who broke in 2007 with the club hit “Rollercoaster”’ which shot to the top of the U.S. Billboard Dance Charts, and followed it up with a string of successful singles, including “Give You Everything” and “ PAINKILLER”.

In 2015, she was introduced as a cast member on the E! reality series The Real Housewives OF Beverly Hills.

Erika Jayne was born on July 10, 1971, in Atlanta, Georgia, US. Her nationality is American and her ethnicity is Caucasian.

She was raised in Atlanta by her Single mother, a classically trained pianist. At 18, she moved to New York City. She performed as a member of several girl groups while living in New York.

Jayne attended “North Atlanta High school”, she enrolled in a Magnet program for the performing arts in high school, saying “That’s where you really learned to love the stage and really hone your early performing skills. I wouldn’t trade that experience for anything in the world.

At 18, singer Erika Jayne left her hometown of Atlanta, Georgia, and moved to New York City to pursue her dream of being a singer and performer.

Erica made her smash debut on the music scene in 2007 with her first single “ Rollercoaster”, which went to number 1 on the U.S. Billboard singles. Erika has toured the world and has collaborated with the likes of Florida.

When, Erika, can be found “living a big life” at her five-acre 1920s estate. She is gearing up to release her new single “Expensive” top of the year 2017.

This TV star has an estimated net worth of $5 million as of 2022, but her salary is not disclosed.

Erika was connected to The Real Housewives of Beverly Hills.

There was a rumor that she already has a Pal on The Show. And it was just a false rumor about Erika Jayne.

Erika Jayne has a height of 5 feet 5 inches. Her body weighs 62kg.

She has blonde hair and blue eyes. Furthermore, her body measurements are 37-26-38 inches.