Erika Karata was in a romantic relationship with Masahiro Higashide whom she had been dating secretly since 2018. Masahiro is a married man and a father of three.

However, the media claims Erika and Higashide have already broken up as Masahiro’s spouse and children left him. 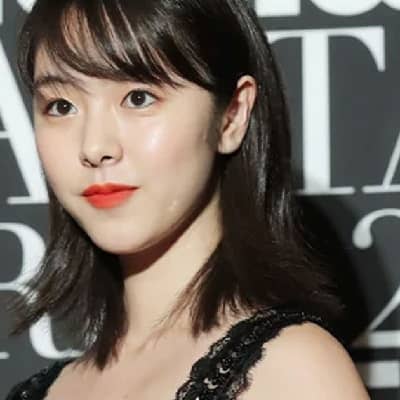 Erika Karata is a Japanese TV and film actress along with a model.

She is best known as ‘Asako Izumiya’ in the romance drama ‘Asako I & II’. Furthermore, she is affiliated with Flamme and BH Entertainment.

Erika Karata was born on September 19, 1997, in Kimitsu, Chiba Prefecture, Japan. Her name is written as 唐田えりか in the Japanese language.

She hasn’t disclosed any details in regard to her parents. However, her dad is the owner of a restaurant in Chiba and her mother is a homemaker. Likewise, she has two elder sisters whose name is still unclear.

She is of Japanese nationality and has an Asian ethnicity.

Erika Karata started as a worker at a farm theme park while in high school second year. Later, she started modeling and appeared in the music video for “Divine” by Girls’ Generation.

She made her debut in the television series in 2016 with Koi Naka. Likewise, she also became the ambassador for the Sony Financial Holdings commercials.

In the year 2017, she signed with BH Entertainment and appeared in a commercial for LG, and also did a music video for “Emptiness” by Naul.

In 2018, she appeared in the romance drama ‘Asako I & II’ as Asako Izumiya. This role got huge recognition and was much loved by the audiences and critics.

She was seen in many TV series such as Todome no Kiss, Harassment Game, Arthdal Chronicles, Byōin de Nenbutsu o Tonaenaide Kudasai, and many more. Besides TV series, she has acted in good films like Kakugo wa Ii ka Soko no Joshi, 21st Century Girl, Cheer Boys!!, and Blood Friends.

In 2019, she bagged Golden Carp Film Award (Korean And Japanese) under the category Best New Actor for Asako I & II. The same year, she was also nominated for Asian Film Award for the same movie.

Erika has made a decent fortune from her acting career. She has an estimated net worth of $2 million.

It made controversy when it was revealed that she had a secret affair with Masahiro Higashide, who acted together with her.

She has a slim-shaped body with fair skin. She has black hair and black color eyes.