Erin Brunett is a news anchor and hosts Erin Burnett OutFront on CNN. She has worked for CNN and CNBC as well. Erin is married to David since 2012. The couple has three children. 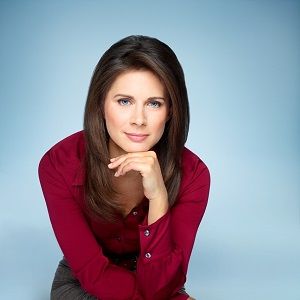 I just don't know, you'll have to ask him that question. Look, I hope he's fine because I think it would be a shame. What he's saying is these things happen. It'd be nice if he said none of these things did happen. He's saying these things happen and therefore I have credibility. And what I'm saying is, I'd rather have them if they didn't happen. I don't want somebody who hit somebody in the face with a padlock.

Journalist Erin Brunett married David Rubulotta on December 21, 2012, after a year year-long engagement. The couple couldn’t have been happier.

Who is Erin Burnett?

Erin Burnett, the stunning American beauty is a news anchor of CNN, and best known best for her own news show named ‘Erin Burnett Out-Front.’

She has gained fame for the perfect beauty and charm that she exudes on screen. Prior, she has worked for CNBC and NBC. She is famous as a Street Signs anchor.

She is the daughter of Kenneth King Burnett (father) and Esther Margaret (mother). Their ancestry is a mix of Scottish, English, and Irish.

Erin Burnett did her schooling at St. Andrew’s School in 1994. She studied political science and economics and graduated with a Bachelor of Arts Degree in political economy from William’s College.

She had actively played lacrosse and field hockey while she was doing her education.

Burnett stepped into this career as a financial analyst for Goldman Sachs in the investment banking division.

She also worked on mergers and acquisitions as well as corporate finance during that time. During that period of time, she also got the offer of the position of writer and booker for CNN’s Moneyline with Stuart Varney, Willow Bay, and Lou Dobbs which she accepted.

After that, she moved to CNBC where she got the chance of working as a host of CNBC’s Street Signs with her co-anchor Mark Haines. She had also appeared in other shows such as MSNBC’s Morning Joe, and NBC Nightly News as well as NBC’s Meet the Press Today, etc.

After that, she also made an occasional appearance in the show “The Celebrity Apprentice” as an adviser to Donald Trump.

On October 3, 2011, she joined CNN as the anchor of her own show called Erin Burnett OutFront. Burnett is also a member of the Council on Foreign Relations.

Talking about the earnings, at present, Erin receives a salary of $3 million per year. As per sources, her net worth is estimated at around $12 million.

The Australian Prime Minister Kevin Rudd had planned to spend millions of dollars on aerial shooting to cull Australian feral camels in the outback.

Erin used the term “serial killer” in a discussion with her host Jim Cramer regarding a report for which she was criticized by the public.

Later on, she gave a clarification saying that comment was a joke. Again after arriving at CNN, on October 4, 2011, Burnett came into controversy when she did a segment on the Occupy Wall Street protests titled “Seriously?” in which she mocked the protesters.

Erin Burnett has a body of an hourglass figure, her body measurement is 36-25-36 inches and her bra size is 34B.

She has a height of 5 Feet 6 inches with a body mass of 56kg. Her hair color is dark brown and her eye color is blue. Her feet size is 8(US) and her dress size is 6(US).

Where does Erin Burnett live?

Who is Is Erin Burnett's mother?