Erin Darke is an actress from the United States. She is popular for her role as "Cindy" in the TV series Good Girls Revolt and "Mary" in The Marvelous Mrs. Maisel. 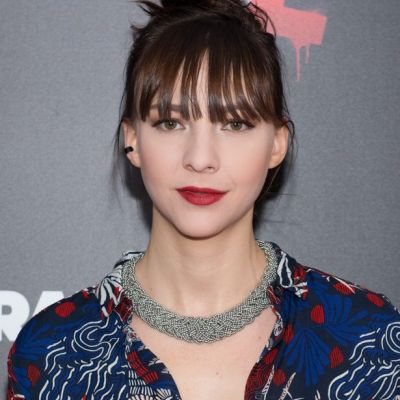 Erin Darke is in a committed relationship with Harry Potter star Daniel Radcliffe. Daniel is a renowned English actor.

The couple were in a relationship since 2012. They met for the first time on the set of their movie ‘Kill Your Darlings’.

Who is Erin Darke?

Erin Darke is an actress from the United States. She is popular for her role as “Cindy” in the TV series Good Girls Revolt and “Mary” in The Marvelous Mrs. Maisel.

Erin was born on the 10th of September 1984, in Flint, Michigan, U.S. Her full name is Erin Constance-Maja Darke.

The name of his parents is Ian Harvey Darke (father) and Kristina Strand (mother). She has also a brother named Kevin Darke.

Talking about her education, she received a bachelor’s degree in fine arts from the University of Michigan.

In 2009, Erin made her first television appearance in an episode, “I’m Not That Kind of Girl” of Mercy as Anne. She then guest-starred in the television series, Pan Am as Mimi Narducci in 2011. The same year, she got a role in films We Need to Talk About Kevin as “Young Assistant Rose” and “Teen Employee” in Young Adult.

Presently, she is featuring in the role of Phaedra on the TBS comedy television series, Miracle Workers.

Darke has managed to maintain a clean profile. She hasn’t been part of any sorts of rumors and controversy that create a huge buzz in the media.

Erin has amassed an impressive amount of wealth throughout her acting career. She is also engaged in other professional works such as advertisements, brands, and more.

As of 2021, Darke has an estimated net worth of around $4 million. Her salary and other earning are still under review.

The actress has a well-maintained body measurement. She stands at the height of 5 feet 7 inches tall and her weight is about 60 kg. Likewise, she has a brown pair of eyes and her hair color is light brown.