Erin Gilfoy is in a relationship with T.J. Petracca. He is a digital strategist in the music industry. They started to see each other from 2016.

The couple recently got engaged in October 2018. While vacationing in Ireland, T. J. proposed Erin.

Erin’s shared the video of the proposal on her YouTube channel titled ‘I GOT ENGAGED!! The couple often shares their love on social media.

She now lives in Los Angeles, California with her fiancee and pet cat, Sheila. Soon Erin and T.J. are getting married! 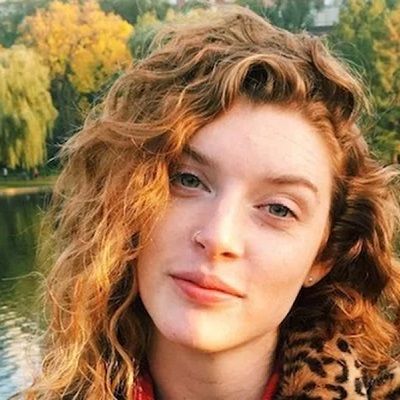 Who is Erin Gilfoy?

Her recent Youtube video was uploaded on 26 Dec 2019 titled My First Bridal Workout.

Erin Gilfoy was born on June 30, 1991, in Massachusetts, USA. Her ethnicity is Caucasian.

Her schooling was at Ashland High School, Massachusetts. Then she joined Westfield State College, Massachusetts for her further studies.

Erin is a social media personality. Her posts on social networking sites are loved by her followers. At first, she used to make vines.

Her post was usually about comedy. Later, after getting many followers, she decided to enter the Youtube world.

Her Youtube channel has around 131k subscribers. Her channel was created on 8 April 2009. She mostly posts comedy videos.

Besides this, Erin teamed up with another Youtuber Carly Incontro for YouTube channel Carly and Erin. They upload fun-filled content on their channels which are mainly vlogs, challenges, and pranks.

At the starting of their Youtube channel, they used to interview Vine stars. This duo has now around 982K subscribers.

She is grey-eyed and has brown hair. Her height is 5 ft 5 inches.

She joined Twitter in April 2009 and till now tweeted about 5.7k tweets. Her Instagram posts have reached around 828 posts.

Facts about her boyfriend, T.J. Petracca