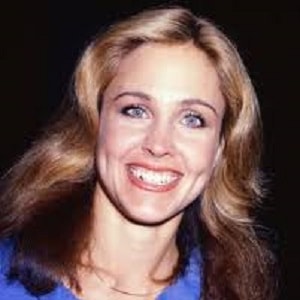 Erin Gray is a married woman. She has been married to director Richard Hissong since 1991. The couple has welcomed a daughter, Samantha Gray Hissong in the same year. The family is spending their quality time with each other.

Previously, she was married to Ken Schwartz from 1968 to 1990. The couple also welcomed a child, Kevan Ray Schwartz in 1976.

Who is Erin Gray?

Erin Gray is a talented American actress. She is well recognized for her character as Colonel Wilma Deering in the television series ‘Buck Rogers in the 25th Century’. She is also well known for her role as Kate Summers-Stratton in the situation comedy ‘Silver Spoons’.

She was born on January 7, 1950, in Honolulu, Territory of Hawaii, USA. She is currently 69 years old. Her father’s name is Daniel Gray and her mother’s name is Diane Gray. Erin’s parents separated when she was eight years old. After that, she lived with her grandparents for a few years. Then, she along with her mother moved to Larkspur, California.

Erin holds American citizenship but her ethnicity is unknown.

She attended Redwood High School and later graduated from Pacific Palisades High School. After that, she attended at UCLA, focusing on math, but left school in order to pursue her career.

Later, she developed her interest in acting and moved to Los Angeles, California to pursue her acting career. She first appeared in the variety series ‘Malinu U’  back in 1967. She landed her first starring role in the miniseries ‘Evenomg in Byzantium’ in 1978. Erin got the opportunity for a seven-year contract at Universal Studios which lead her to the role of Colonel Wilma Deering in ‘Buck Rogers in the 25th Century’.

She has an estimated net worth of around $5 million and she has earned that sum of money from her professional career.  Also, she earns $100,000 annually.

It seems the talented actress has not been involved in any types of rumors and controversies in her career.