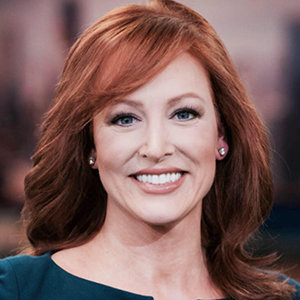 Erin Ivory tied her knot with Demetrius Ivory on December 21, 2004. The married at Salvage One in Chicago. The couple welcomed four children and named them as Joaquin, Lucia, Hadley, and Harlow. Joaquin was born in 2005, Lucia in 2008, and twins, Harlow, and Hadley on March 1, 2016, via surrogate, Jamie Armstrong.

Due to her complicated health condition which didn’t let her carry a baby, she had to search a surrogate. The doctors also suggested that she could get pregnant, but can’t take the baby within her.

After welcoming Lucia, the complications arose to Erin and was told that she would miscarry her babies again and again. She is spending her quality time with her husband.

Who is Erin Ivory?

Erin Ivory is an American television personality. She is famous for giving the most accurate and flawless information to her viewers and audiences. She is also well known for reporting the news at WGN-TV and also covering the traffic via Skycam 9.

She was born on July 25, 1976, in the USA. She is currently 42 years old. Erin has not disclosed about her parents, siblings, and her childhood. She holds American citizenship but her ethnicity is unknown.

She graduated from the Columbia College in Chicago with a Bachelor of Science in Broadcast Journalism.

She debuted her career as a news anchor and general assignment reporter at WDJT-TV in South Bend, Indiana. She worked as a reporter and morning anchor at WREX-TV in Rockford, Illinois, and helped in launching the station’s online traffic reporting show ‘CommunterCast’ in 2007 and anchored on CLTV.

Later, she started a new job per-diem general assignment reporter at WGN-TV and later joined WGN Morning News in April 2011. Currently, she covers traffic as well as live and breaking through Skycam 9.

She has been awarded an Emmy Award for her work.

She earns an average salary of around $61,000 annually from her work at WGN-TV. Her net worth is under review.

It was heard that the couple is getting a divorce but due to lack of evidence, the rumor turned to be false.

She has red hair and blue eyes. Other information regarding her height, weight, etc. are not available.