Erin Kelly is an American film, theater, and television actress. She is best known for her role as Annabelle Tillman in Katherine Brooks' 2006 film Loving Annabelle. 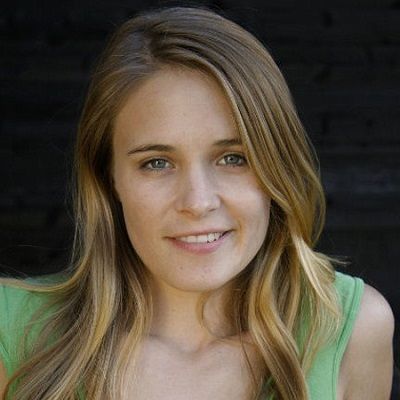 I relate a lot to Annabelle. She's the rebel, independent, looking for a connection with somebody, but having the walls up, and on the outside appears as though she doesn't want to let anyone in, but really wanting a deep connection. [about Annabelle, the character she plays in Loving Annabelle (2006)]

Shock. Surprise. Disbelief. Excitement. I knew from the second that I met Katherine that I would know her for a long time. I knew it wasn't a typical Hollywood thing and it was real. It felt right. (Her initial reaction when Katherine asked her to play Annabelle)

Who is Erin Kelly?

Erin Kelly is an American theater, film, and TV series actress. She is best known for her role as Annabelle Tillman in Katherine Brooks’ 2006 film Loving Annabelle.

Erin Kelly was born on August 21, 1981, in San Diego, California, US, to John (dad) and Jan Kelly (mom). She was brought up in her hometown with a younger brother named Jason Curtis Kelly who is a singer now.

When Erin was only nine-year, she moved to Boulder, Colorado along with her family.

She completed her schooling at the age of 16 from the Meisner Technique School. Then she attended Marymount Manhattan College in New York City, where she earned a degree in theater.

From 2006 to 2007, she appeared in the Hawaii surfer drama Beyond the Break. That show was filmed on location in Oahu, Hawaii.

Kelly co-founded the LA Cafe Plays series at the Ruskin Group Theater where different writers, actors, and directors use to perform.

Kelly has appeared in The Vagina Monologues and Picasso at the Lapin Agile with the Ruskin Group Theater. Furthermore, she also appeared in The Miracle Worker (Helen Keller), The Sound of Music (Maria), Oliver! (Fegan), and Hansel and Gretel (Gretel).

In 2014, she was in Girltrash: All Night Long as Candace. In 2012 she appeared in Bizarre Love Triangle as Nicole in Hippe Go Yuppie. Likely, she worked for Waking Madison as Grace.

In the year 2009, she was in Sleepy Joe as Jen. Moreover, she was in an Abnormal Abduction as Carol. In 2008, The Process, she played the girl. And she appeared in Beyond the Break as Erin in 2006.

She has collaborated with director Katherine Brooks on three films.

Since 2009, Kelly has her own production company, Rock Rose Entertainment, through which she later launched Hitching Post Theatre and the Indie Colorado Cinema Experience (ICCE), showcasing Colorado films.

She is currently the Artistic Director of the BolderLife Festival, a joint venture between Rock Rose Entertainment and the Bolder Media Group.

Moreover, Kelly was a BolderLife Festival’s panelist in the year 2013 Special Panel of Women in Television, Film, and Fashion, with Jessica Clark.

She has a net worth of $1 US million. But her salary and other earnings are unknown.

Erin Kelly is blonde with blue eyes. Her height is 5 feet 2 inches and has a decent weight. Likewise, Her body measurements are 32-23-34 inches.

To know more about Carla Pennington, Ben Bruce, and Natalie Roush, please click on the link.