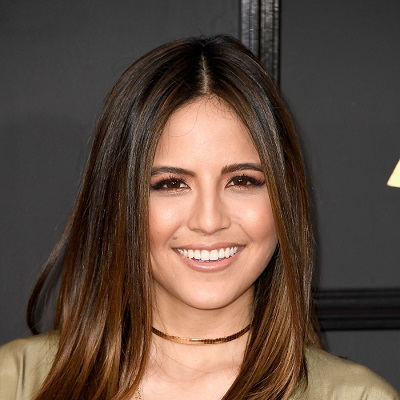 “Three days of the week I shoot The Rundown. A few days I’ll do Live from E! on Facebook and YouTube. I might co-host E! News one of those days, and I’ll also have field shoots in between, whether it’s a red-carpet event like an awards show or a premiere, a junket or an exclusive interview.” ''I don’t think there is ever a way to fully prepare yourself for your dream job! I never would have expected to be a host of a Snapchat Discover show. Three years ago that didn’t exist, and it’s now one of the longest-running and most successful shows on the platform. It has garnered millions of views that I’ve received accolades for. Really proud of that. I also never would have expected that I would be able to co-host E! News on the network side alongside Jason Kennedy, or work next to my idol, Giuliana Rancic.” “I’ve learnt that being a ‘yes woman’ really does lead to big opportunities, and that we should always be open to new ideas and people – because you never know where it will lead you. I’ve learnt that who you are is more important than what you accomplish.”

Erin Lim is currently in a relationship with her boyfriend Joshua Rhodes. This couple is now engaged as this news cake out in Sep 2020.

As per the sources, she was also linked with Lamorne Morris. He is an actor and comedian best known for the role of Winston Bishop in the Fox Television series, New Girl.

They started dating in 2016 but later broke up.

Who is Erin Lim?

Erin Lim is a media personality popular for hosting E! news’ The Rundown. The young and talented host has built herself as one of the successful women.

She has hosted various internationally recognized networks in Singapore including E! News Asia, ‘Storm Bytes’ for Tech TV, ‘eBuzz’ for Sony AXN, and ‘Culture Shiok’ for Your Singapore.

Erin Lim was born on April 13, 1991, as Erin Taylor Lim. She was born and brought up in the United States. Her ethnicity is Mixed(Filipino-Mexican).

Her father is Filipino while her mother is Mexican. She describes herself as an extraterrestrial. She has a sister named Erica Lim.

In May 2013, she graduated from Chapman University Dodge College of Film and Media Arts. She belongs to American nationality.

During Erin Lim’s study at Chapman University, she worked at Tv Orange as an executive producer and host from 2010 to 2013. She also did her internship as a production assistant at the 38th Annual People’s Choice Awards in 2012.  After her graduation, she moved to Singapore to join E! news and worked there as a correspondent for Asia where she covered various fields which include fashion, music, film, pop-culture, and entertainment.

In 2014, Lim founded her company, Black Pearl Production PTE.LTD in Singapore is still in operation.

She now works as the correspondent and host at “E! News The Rundown”, one of the first fully produced weekly shows for Snapchat, and as a regular panelist on Live From E!.

In addition to hosting, she has also appeared in acting. She got leading in the TV sitcom, Rules of Tham. The show aired from September to November 2013.

Erin Lim is 5 feet 8 inches tall and weighs around 62kg. Her body measurements are 30-26-30 inches. She has black hair with black eye color.

Through her photos on social media, we can easily assume that she lives a rich and prosperous life.

You may also know about Noelle Watters, Ryland Adams, and Frank Kramer.

Mike Johnson got eliminated from The Bachelorette but he has a new fan and flattering loving supporter in Demi Lovato!