Erin McGathy, is an American actress and comedian born on December 5, 1985. She is in a relationship.

Erin McGathy is currently in a relationship with Jordan Daniel according to the sources.

Previously, she divorced her long-term boyfriend turned husband, Dan Harmon in 2015 after a year of marriage. Dan Harmon is the producer/creator of the TV series, “Community.”

Apart from this marriage, she is not linked with any other relationships or affairs. Before the wedding, the couple dated for more than a decade.

To be specific, they dated for around 12 years. After such a long time together, they got engaged on December 28, 2013. Then on November 15, 2014, the lovebirds exchanged the wedding rings.

The wedding ceremony took place in the Los Angeles’ Natural History Museum. Although they had a long history together, their marriage couldn’t survive.

The wall of trust between them began to shatter as Erin’s world started falling apart after knowing about Dan’s affair with Cody Heller. Later in 2015, they got divorced. They remain good friends as of now. 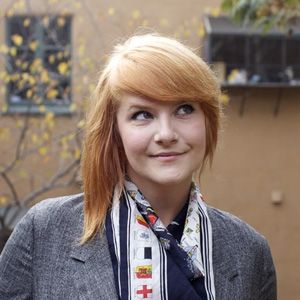 Who is Erin McGathy?

Erin McGathy is a young and talented American comedian and artist. She is also a popular podcast host.

Notably, she is famous for hosting the podcast, “This Feels Terrible.” Furthermore, she is also famous for co-hosting “Human Conversation.”

Erin McGathy was born on December 5, 1985, in Japan. Although she was born in Japan, she grew up in San Diego in the United States.

Her parent is a preacher. She is of Irish ancestry.

She has not spoken about her childhood, early life, and others in the public media. Similarly, there is no information available about her parents and education as of now.

But as per some sources, she went to a high school where she learned improvisational comedy.

Erin McGathy is involved in multiple professions. She is a podcast host, an actress, and a comedian. She started with comedy in her days in high school. Professionally, she entered the entertainment business in 2007.

In 2007, she started with a show, “This Feels Terrible” in Upright Citizen’s Brigade Theatre. Later, the show turned into a podcast. Afterward, she began hosting the podcast.

Similarly, she also made several appearances in her ex-husband Dan’s podcast named “Harmontown.”

Additionally, she is also an actress. She featured in an episode of the NBC series, “Community” in 2015. Previously in 2014, she played in the documentary, “Harmontown” as herself.

In the same year, she also worked as a narrator in the 8th episode of the comedy series, “Drunk History.”

Currently, she also co-hosts the “Human Conversation” along with Wayne Federman.

Some of her movies are “Librarians,” “Adult Wednesday,” and others. Presently, she also works as ‘Herself/Buer O’Shift’ in a TV comedy show, “Harmonquest.”

Currently, she makes the right amount of money as her salary. As of 2022, her net worth is estimated to be around $5 million.

Erin McGathy talks about a lot of hot issues on her podcast. But she has not been into a controversy. Moreover, she stays away from any media tittle-tattle.

Consequently, she is free from any rumors and controversy at this time.

Erin McGathy has brown hair and light-brown eyes. But she keeps on changing her hair color ranging from blonde to pink to purple to others.