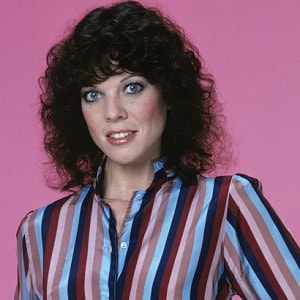 “For almost five years on ‘Happy Days,’ I have had a mom and pop and a brother who give me advice and help me just as my own parents and brothers and sisters do at home.”

Erin Moran was married to Rocky Ferguson. The couple got divorced in 1993. Later, she married Steve Fleischmann, who was a Walmart employee. She suffered from depression in 1988 and was unable to gain acting roles.

Who was Erin Moran?

Erin Moran was an American actress. She is best known for her role as Joanie Cunningham on the television sitcom ‘Happy Days’ and in its spin-off ‘Joanie Loves Chachi’.

She was born in Burbank California on October 18, 1960. Her birth name is Erin Marie Moran-Fleishmann and she was raised in nearby North Hollywood. Her father’s name was Edward Moran and her mother’s name was Sharon Moran. Her father was a finance manager and she was the second youngest of six children.

She was supported by her mother and signed her with an agent when she was five years old. Her brothers are John Moran and Tony Moran, and both are actors. Tony played as Michael Myres during a scene in ‘Halloween’ in 1978. His sister name is Kelly Moran. She held American citizenship and her ethnicity is a mix of English, Irish, Scottish, German, and Danish.

There is no information available about his school and college history. However, it is under review.

She got an opportunity to perform in the 1966 television series ‘Daktari’ till 1969. Also, she made her film debut form ‘How Sweet It Is!’ in 1968 and made regular appearances on ‘The Don Rickles Show’ in 1972, made regular appearance in ‘The Courtship of Eddie’s Father’ ‘My Three Sons’, ‘Bearcats!’, ‘Family Affair’, etc. She appeared in the television series ‘GunSmoke’.

She was cast to play her best-known role in the sitcom ‘Happy Days’ in 1974, at the age of 13. Erin starred in a short-lived spin-off of the series named ‘Joanie Loves Chachi’. She reluctantly agreed to take the role in the spin-off series and would still love to be on ‘Happy Days’ and she returned for its final season after ‘Joanie Loves Chachi’ was canceled in 1983.

She featured in movies and had several television guest appearances such as ‘The Love Boat’, ‘Murder’, ‘She Wrote’, and starred in the cult sci-fi horror film ‘Galaxy of terror’ in 1981. Erin made her appearance on VH1’s reality show ‘Celebrity Fit Club’ as a contestant in 2008 and after two years later, she appeared in the independent comedy feature ‘Not Another B Movie’ in 2010.

It was reported that she would be reunited with Happy Day’s co-stars Ron Howard, Henry Winkler, and Scott Baio in the fourth season of ‘Arrested Development’ but she did not appear in the revamped Netflix series.

Erin died on April 22, 2017, at the age of 56 years because of a throat cancer complication. No hard substance and illegal narcotics were used by her. There was no illegal substance found at her home as well. She was survived by her husband Steve Fleischmann and he mentioned that her cancer got bad rapidly from 2016.

It is estimated that she had around $50,000 of net worth at the time of her demise.

After her home was foreclosed, she moved into her mother-in-law’s trailer home in Indiana but she was reportedly kicked out of her trailer park home because of her hard-partying ways. It was known later that she turned to drugs and alcohols after the show that brought her much joy was axed and died at 56 years of age.

Steven Fleischmann and his relationship with American actress Erin Moran! Know what he said about her death!

The heart-breaking news of Erin Moran’s death, the celebrity reactions and her final years! Know it here!

Comedian and star of the show I’m a Celebrity Freddie Starr dies at age 76 in his Spanish home!