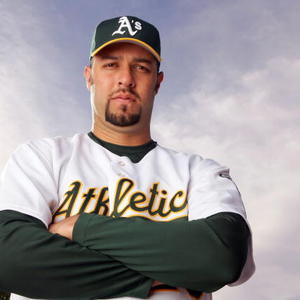 Esteban Loaiza is a single man at the present time. He was previously married to Mexican-American singer, Jenni Rivera. The couple got married in 2010. After over two years of their marriage, they filed for divorce on October 1, 2012.

Rivera’s representatives stated that the divorce was due to “irreconcilable differences on behalf of both parties derived from private circumstances that occurred during the lapse of their two-year marriage.” His wife Rivera died in her private plane crash on December 9, 2012, before the divorce was finalized. After that, Esteban dated Mexican singer Cristina Eustace in 2013. Since then, he has not been in any relationships until now.

Who is Esteban Loaiza?

Esteban Loaiza is a Mexican retired baseball pitcher. He played for several teams and was the American League’s starting pitcher in the 70th anniversary 2003 All-Star Game in Chicago. In his career, he played for Toronto Blue Jays, Chicago White Sox, Los Angeles Dodgers and other teams.

Esteban was born on December 31, 1971, in Tijuana, Mexico. His parents are María del Socorro Veyna and Luis Antonio Loaiza.

He is a graduate of Mar Vista High School in Imperial Beach, California. He holds dual Mexican and American nationality and he is of Mexican ethnicity. Loaiza had an interest in many sports since his childhood age and he had a special passion for baseball since he was a child.

After graduating from Mar Vista High School in Imperial Beach, California, Loaiza was signed by the Pittsburgh Pirates as an undrafted free agent on March 21, 1991. He also played for the Mexico City Red Devils of the Mexican Summer League during the 1993 season.

He has also played with the Mexicali Aguilas of the Liga Mexicana Del Pacifico. Loaiza moved to a big league club Pittsburgh Pirates in 1995. He made his major league debut for the Pirates on April 29, 1995, against the Philadelphia Phillies. The Pirates traded him to the Texas Rangers in July 1998. He spent the next two seasons with Texas. After that, he was traded to the Toronto Blue Jays by the Rangers on July 19, 2000.

Esteban signed a contract with Chicago White Sox in 2003. In 2004, he was elected to the All-Star game as a member of the White Sox. Soon after his appearance in the All-Star game, he was traded to the New York Yankees mid-season for José Contreras.

Following the 2004 season, he signed a one-year deal with the Washington Nationals as a free agent. He went 12–10 with a 3.77 ERA for the Nationals in 2005. During the 2006 season, Loaiza signed a three-year, $21.4 million contract with the Oakland Athletics. After playing for two seasons with the club, he signed a contract with Chicago White Sox in June 2008. He played a season with the Chicago White Sox and retired from the game. He has a net worth 20 million dollars.

On June 14, 2006, Loaiza was arrested after being pulled over by police who clocked his Ferrari at 120 mph on a California freeway near San Lorenzo. He subsequently failed a sobriety test. He appeared in court on July 14, 2006. After the incident, GM Billy Beane banned alcohol in home and visitor clubhouse, citing liability issues.

He has a height of 6 feet 4 inches with body weight 104 kg. He has dark brown hair color and his eye color is hazel.