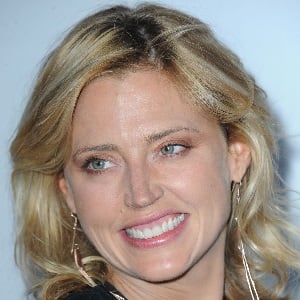 Coming from a barely clothed childhood as a swimmer makes me really comfortable with my body.

Canadians have this weird way about them where we really stick together.

I kept my clothes on. I borrowed money.

It was really strange to see all these apes standing around eating popcorn, smoking, wearing sunglasses.

I think acting is definitely the most fulfilling because it's the most challenging in my mind.

Is Estella Warren Dating or single?

From 2001 to April 2006, Warren also dated American Actor Peter Berg. At present, she is believed to be single.

Who is Estella Warren?

Estella Warren is a Canadian actress and fashion model. Additionally, she is also a former synchronized swimmer and was a member of the Canadian national team.

She has appeared in movies and television series including ‘Planet of the Apes’ and ‘Law & Order.

Warren was born in Peterborough, Canada on December 23, 1978, to parents Don Warren and Esther Warren. She is the youngest of three daughters. Additionally, she was a synchronized swimmer from the age of 7.

Additionally, she also became interested in the world of acting and modeling in her childhood years. She is of American nationality. Furthermore, she belongs to English and Dutch ethnic backgrounds.

Warren initially moved to Toronto to train with the national synchronized swimming team in 1990. Additionally, she is a three-time Canadian national champion.

In addition, she has appeared in campaigns for UGG Australia, Andrew Marc, Volvo, De Beers, and Cacharel among others. Furthermore, she has also appeared in several movies and television series. She has over 30 credits as an actress.

Some movies and television series that Warren has appeared in are ‘Age of the Living Dead, ‘Feel the Dead’, ‘Just Within Reach’, ‘Decommissioned’, ‘No Way Out, ‘Nocturna’, ‘Dangerous Intuition’, ‘Irreversi’, ‘See You in September’, ‘Transparency’, ‘Beauty and the Beast, ‘Mental’, ‘Lies and Crimes’, ‘Taphephobia’, ‘Ghost Whisperer, ‘Law & Order, ‘Pursued’, ‘Evil Remains’, ‘That ’70s Show, ‘Kangaroo Jack’, and ‘Driven’ among others.

Warren garnered the Maverick Movie Award nomination in 2017. All in all, she has 2 wins and 3 nominations to date.

Warren has not revealed her current salary. However, she has an estimated net worth of around $1 million as of 2022.

Warren became part of a controversy after she was arrested in Los Angeles on May 24, 2011. She allegedly hit three parked cars with her Toyota Prius. Additionally, she was arrested for driving under the influence of alcohol.

Furthermore, after her charges were dropped, she was ordered to a residential rehab facility for four months. At present, there are no rumors concerning Warren’s life and career.

Talking about her body measurement, Warren has a height of 5 feet 8 inches (1.73 m). Additionally, she weighs around 58 kg.

Similarly, her Facebook page has more than 200k followers.

Also get to know more about the birth facts, education, career, net worth, rumors, height, and social media of different personalities like Bianca Lapus, Shaina Magdayago, and Mutya Orquia.