Talking about her relationship details, Esther Anderson is happily living a married life with her partner, Howard Moggs. The couple first engaged in February 2016 and later tied the knot in February 2017.

Moreover, Esther and her partner announced their first baby as a son in August 2018. Further, Anderson announced they were expecting their second child in September of 2022. She often shares her happy moments with her family on her Instagram. 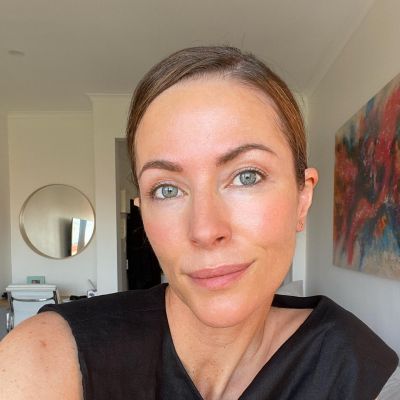 Who is Esther Anderson?

Esther Anderson is a well-recognized Australian actress and model. Anderson is best known for her role as Charlie Buckton on the Australian soap opera Home and Away from 2008 until 2012.

Moreover, she also performed in the NBC television drama Siberia and was a contestant on The Celebrity Apprentice Australia.

Esther Anderson was born on 13 June 1979. At present, she is 42 years young star. Likewise, her birthplace is Geelong, Victoria, Australia.

Esther is the daughter of her father, Jack Anderson whereas her mother is Rhonda Anderson. Moreover, she has not mentioned her sibling’s information in the public.

Talking about her nationality, Anderson holds an Australian identity whereas her ethnicity is Caucasian.

Regarding education, the star has been secretive about her academic information. She might have completed her graduation from the university of the town.

Esther debuted in the acting industry after presenting a role in the Victorian version of the Australian travel show, Postcards. Next year, she earned an audition for the television soap opera, Home and Away and portrayed the role of a police constable, Charlie Buckton.

For her outstanding work, Esther earned four LogieAward nominations on Home and Away which included two GOld Logie Awards.

Further, Anderson featured in the short film, Breathless in the role of Jodie, a woman in mourning over her deceased child.

Also, in 2012, the star mentioned she was appearing in the role, in the NBC television drama, Siberia. She also reprised her role as Charlie Buckton in 2013 for “a handful of episodes”.

The actress was then featured in her prime feature film, Broken Contract by writer-director, James Pentecost in 2014. There, Esther was featured opposite Christopher Morris who was featured as a Detective Keeling.

In 2015, Anderson competed in the fourth season of The Celebrity Apprentice Australia. She also made a guest appearance in Netflix season, GLOW, and featured in the 2018 films, Apple Seed and Madness in the Method.

A famed star, Esther Anderson has earned a handsome amount of money from her profession. She has been active in her profession from the year 2007 till the present.

It is reported that Esther Anderson has an estimated net worth of $1 million.

However, the great personality has not disclosed her exact salary, earnings, and assets details till now.

Esther has never been part of any controversial matter or rumors till now. The star has been preoccupied with her professional and private life.

It seems that Anderson prefers enjoying her personal life and does not want to merge it with her professional life.

42 years young star, Esther has beautiful looks and an admirable personality. She stands at a height of 5 feet 7inches. Also, she has a balanced body weight of 59 kg.

Furthermore, Anderson has blue eyes whereas her hair is blonde. Her body measurement is 32-28-32 inches(chest-waist-hip) respectively.

Regarding her social media presence, Esther Anderson is an active personality on social media. Esther has more than 85.4k followers on her official Instagram account @estheranderson1.

She is also active on Twitter with around 36.6k followers.

Moreover, Anderson is also available on Facebook with nearly 1.8k fans and supporters.