Posted by MarriedBiography Posted on January 10, 2021 | In Child , Married , Net Worth
Share this

On 17th May 2020, Esther and Matthew announced that they were becoming a family of three. Esther shared a picture where Matthew was carrying her. They welcomed a daughter sometime in September 2020. As of 2021, they are living a happily married life with their daughter.

What is the age of Esther Kim?

Esther Kim was born on 2nd November 1989 in Russia. She is 31 years old at present. Kim is the daughter of Anna Kelberg Kim and Vlad Kim. Similarly, she has two younger brothers named Nathan and Aaron. Esther is close to her younger brothers.

Kim shares pictures of her mother on her Instagram account. She shared a picture of her mother when she was pregnant with Esther. She attended the Martin J. Whitman School of Management at Syracuse University.

How much is the net worth of Matthew Daddario?

Matthew Daddario has an estimated net worth of $3 million. He has appeared in films like Breathe In, 36 Saints, Delivery Man, When the Game Stands Tall, Naomi and Ely’s No Kiss List, Cabin Fever, The Last Hunt, and more. He has worked in TV series like Shadowhunters, Tommy, and Why Women Kill. Matthew received the 2016 Teen Choice Awards for the category of Choice TV: Breakout Star.

Esther is a model and makes decent earnings. She works for the brand Into The Night. As per the brand’s website,

“Our pieces have been designed to fit all occasions from brunch to 2am dancing, without feeling out of place, while encouraging the confidence to stay out and do more. Into The Night is there to simplify the experience, make us feel great, and inspire us to embrace opportunity and spontaneity when we travel through life.”

Also read Who is Theresa Jones? Find out everything about her from age, married life with T.J. Jones, children, social media, and more…

Matthew Daddario is an American actor. He is best known for his role as Alec Lightwood in the fantasy series Shadowhunters (2016-present).

For his performance in Shadowhunters, he won Teen Choice Award for Choice TV: Breakout Star in 2016. He is the younger brother of famous actress and model Alexandra Daddario. Read more bio…

Vanessa Valladares and Zac Efron on a date night! How did they meet?
Tags : Into The Night Model 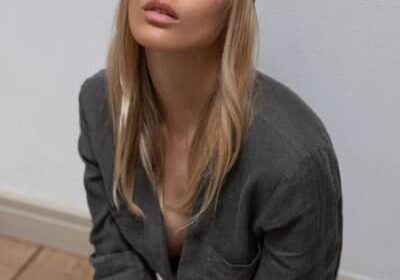