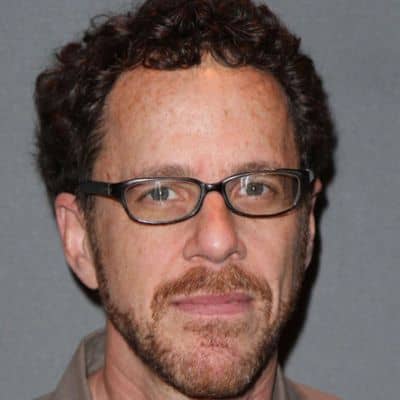 Who is Ethan Coen Married to?

Ethan Coen is a married man. He has a beautiful wife named, Tricia Cooke. Cooke is a film editor by profession.

They exchanged their marital vows in 1990. Together, they are parents to a daughter named, Dusty and a son named, Buster Jacob.

Further details on how they started their relationship, and who approached them first are yet to be disclosed.

Who is Ethan Coen?

Ethan Coen is an American filmmaker who is known for working collectively with his brother, Joel Coen.

Currently, the filmmaker is in the limelight after the news of his split with his brother, broke out.

Ethan Coen was born in St. Louis Park, Minnesota on September 21, 1957. Coen is 65 years old as of 2022 and holds American nationality. He has the Virgo birth zodiac sign according to the astrological chart. Ethan Jesse Coen is his full name.

His mother, Rean was an art historian, at St. Cloud State Univerity while his father, Edward Coen served as a professor of Economics at the University of Minnesota.

Talking about siblings, he has an older sister, named Debora and a brother, Joel Coen. His sister is Israel based psychiatrist while his brother is a filmmaker.

Both Ethan and Joel became intrigued by the art of filmmaking in their childhood years. Furthermore, he belongs to Ashkenazi Jewish ethnic background.

The Coen brothers wrote and directed ‘Blood Simple’ in 1984. Additionally, they also worked in the movie ‘Raising Arizona’ in 1987. Since then, he has worked in several other movies and television series to date. At present, he has more than 20 credits as a producer.

Some other movie and television series that the Coen brothers have worked on together are:-

Moreover, in 1998, he published a collection of short stories, ‘Gates of Eden’. As a solo, he has worked on other plays like, ‘The Naked Man’, ‘Almost an Evening’, ‘Talking Cure’ and others.

In 2022, Ethan Coen announced that he would be directing an untitled film for Focus Features and Working Title. It would be his first directorial work excluding his brother.

According to Celebrity Net Worth, the net worth of Ethan Coen is estimated to be around $60 million. At the moment Ethan’s salary and income are still under review.

Currently, the filmmaker is in the limelight after the news of his split with his brother, broke out. It is not sure whether Ethan Coen will again work with Joel or not.

The Coen brothers have received criticism over diversity in their movies over the years.

Ethan Coen stands at the height of 5 feet 8 inches weighing around 70 Kg. In addition, he has a fair complexion, along with brown hair and a couple of hazel eyes.

The filmmaker, Ethan Coen is present on Twitter and has more than 3.6K followers. Besides that, he does not seem to be active on Facebook and Instagram.